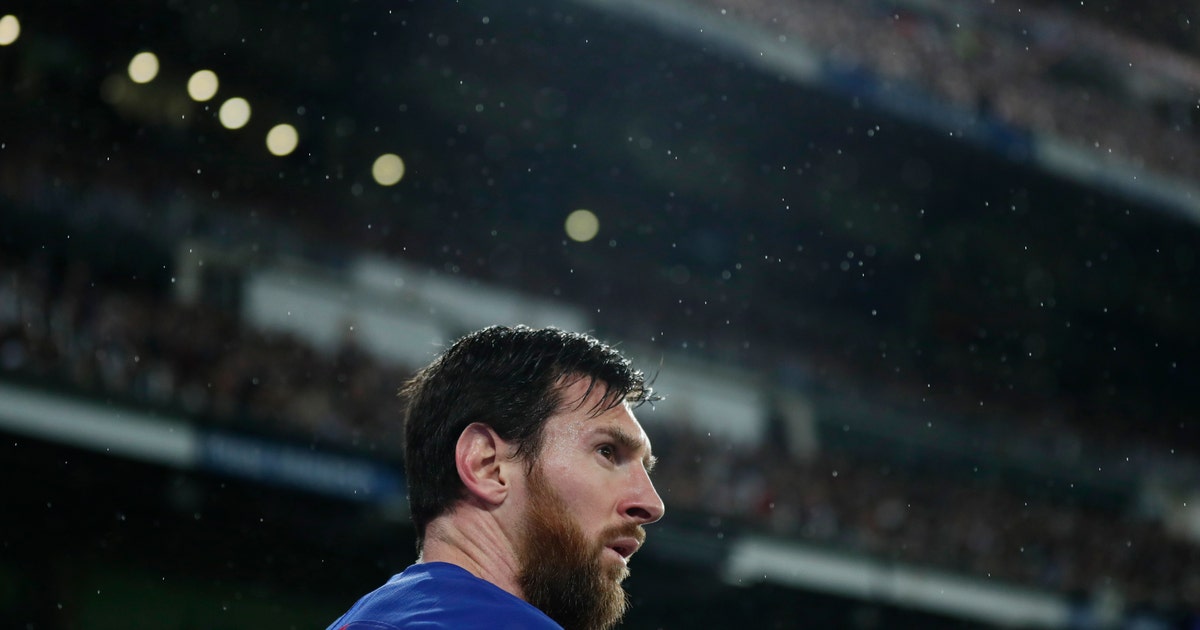 MADRID (AP) — In a letter critical of Barcelona club officials, Lionel Messi said Monday he and his teammates are taking a 70% cut in salaries because of the shutdown caused by the coronavirus pandemic.

Messi wrote in a social media post that the players will also make donations so other club employees are not affected by the upheaval.

“A lot has been said about Barcelona’s first team and the players’ salaries during the country’s state of alarm,” Messi wrote in the letter. “Before anything, we would like to make it clear that we have always wanted to reduce our salaries as we perfectly understand that this is an exceptional situation and we ALWAYS were the first ones to help the club when it asked. Actually, we have done that on our own in moments when we felt it was necessary or important.

Messi said it took a few days to announce the deal because “we were looking for a formula to help the club and also its workers in this very difficult moment.”

The donations the players will make are expected to help cover 100% of the salaries of club employees.

Earlier this year, Messi publicly complained about club officials after some criticized the players’ efforts amid a controversial coaching change and a run of poor results.

Barcelona said all members of its professional sports teams and most of the basketball team have agreed to a pay cut. It added the club would also be contributing to the salaries of other workers.

“In the case of the football first team, the reduction will be over 70% of that originally agreed with the club,” Barcelona said. “This additional contribution by the team, together with the contribution that the club itself shall make, will guarantee 100% of the salaries of all non-sporting staff at the club.”

The club said it wished to “express its gratitude to all of the professional athletes for their implication in such an exceptional situation that has been caused by this health crisis.”

Barcelona was among the Spanish clubs that announced last week it would reduce players’ and coaches’ salaries during the stoppage.

Spain has been one of the hardest-hit nations by the pandemic. The country overtook China on Monday with more than 85,000 confirmed infections. It also reported 812 new deaths, raising its overall confirmed death toll to 7,340.

Barcelona said Saturday it delivered 30,000 masks to the Catalonia government to help fight the pandemic. The club said it was working through its foundation “to do as much as possible to help with this crisis, both locally and internationally.”

“The club has put itself at the service of the health authorities to help to fulfill and enforce all its instructions, recommendations and orders to combat contagion of the virus and alleviate its effects as much as possible,” it said.