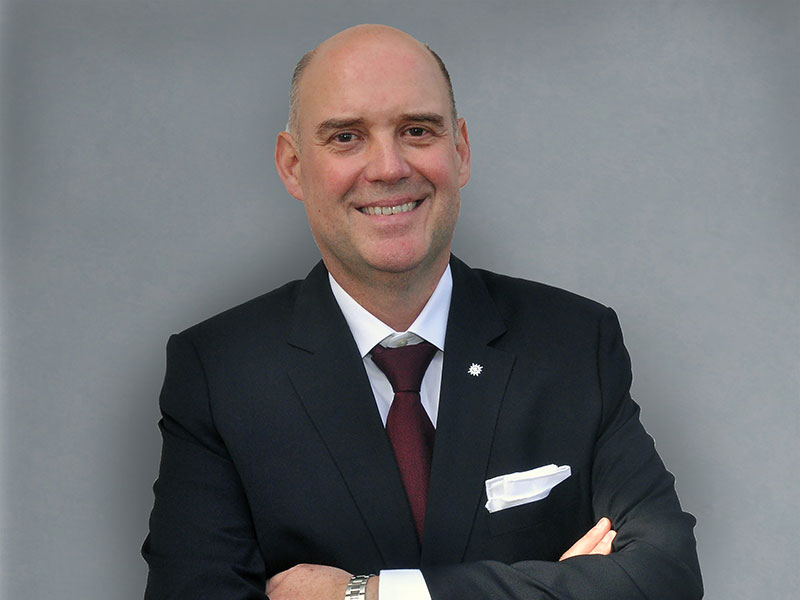 Michael Ungerer will serve as the CEO for MSC Group’s new luxury cruise brand, the company reports. Announced last fall and confirmed earlier this year, the new brand will consist of four new cruise ships from shipbuilder Fincantieri; at the time of the first announcement, MSC described the new vessels as an expansion of its MSC Yacht Club luxury ship-within-a-ship concept.

Ungerer has over 30 years of senior management experience in cruising and hospitality, MSC said. He will be based out of MSC’s global headquarters in Geneva, reporting to Pierfrancesco Vago, executive chairman of MSC Group’s cruises business and broader passenger division.

In a written statement Vago said that respect for the environment and the introduction of new technologies would be a focus for the new brand.

Representing a total investment exceeding $2.3 billion, the first of the new ships is scheduled for delivery in spring 2023, with the remaining three coming into service one per year over the following three years, through 2026. Billed as “super-yachts,” the new vessels will have a gross tonnage of approximately 64,000 GT and will incorporate the latest environmental and maritime technologies available, MSC said. The company also said that the new ships would introduce a new design with generous ratios of public space.

Ungerer, 53, is an Austrian citizen and holds an Executive MBA from INSEAD where he also graduated from the Independent Director Program (IDP).

This story originally appeared on www.travelagentcentral.com.