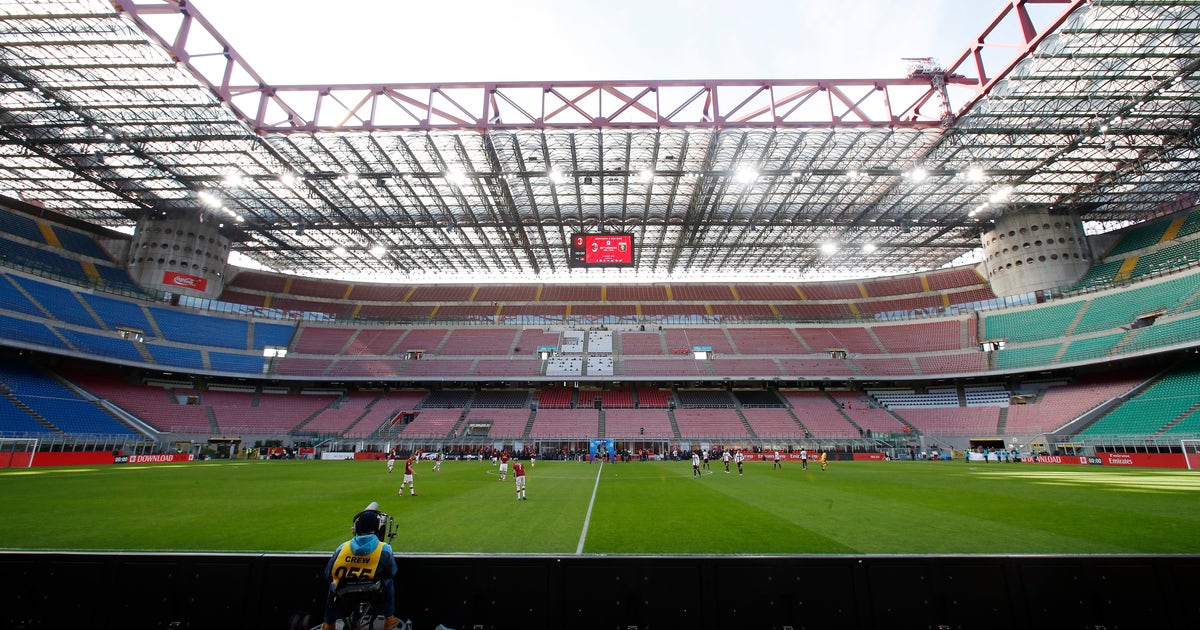 Italian soccer was thrown into further confusion on Sunday after calls from Italy’s sports minister and the players’ association president to suspend the matches in the top division.

The game between second-place Juventus and third-place Inter Milan is set to go ahead later Sunday.

Ibrahimović, who had two other good chances, scored from close range 13 minutes from time to set up a tense finale after first-half goals from Goran Pandev and Francesco Cassata for Genoa.

The voices of players and coaches could clearly be heard as the match had to be played in an empty stadium following last week’s decree from the Italian government that all sporting events in Italy must take place without spectators until April 3.

That led to Thursday’s decision that the Italian soccer league would resume in full this weekend, starting with the matches that were postponed last round because of the virus outbreak in Italy.

A select number of journalists were among the few allowed into the stadium and they were each given a small bottle of hand sanitizer by Milan.

Milan remained seventh, while Genoa climbed out of the relegation zone, although it remained level on points with 18th-place Lecce.

Parma-Spal, the first match of the day, kicked off after a 75-minute delay inside an empty stadium as officials considered an appeal from sports minister Vincenzo Spadafora minutes before the scheduled start. Spal won 1-0.

Sampdoria moved one point above the drop zone after it came from behind to beat Hellas Verona 2-1.

Berube on Binnington’s fiery exit: ‘He was trying to rally the team’

Sen. Kennedy: Schumer “Did Not Have The Oranges” To Tell Pelosi To Backoff “Left...