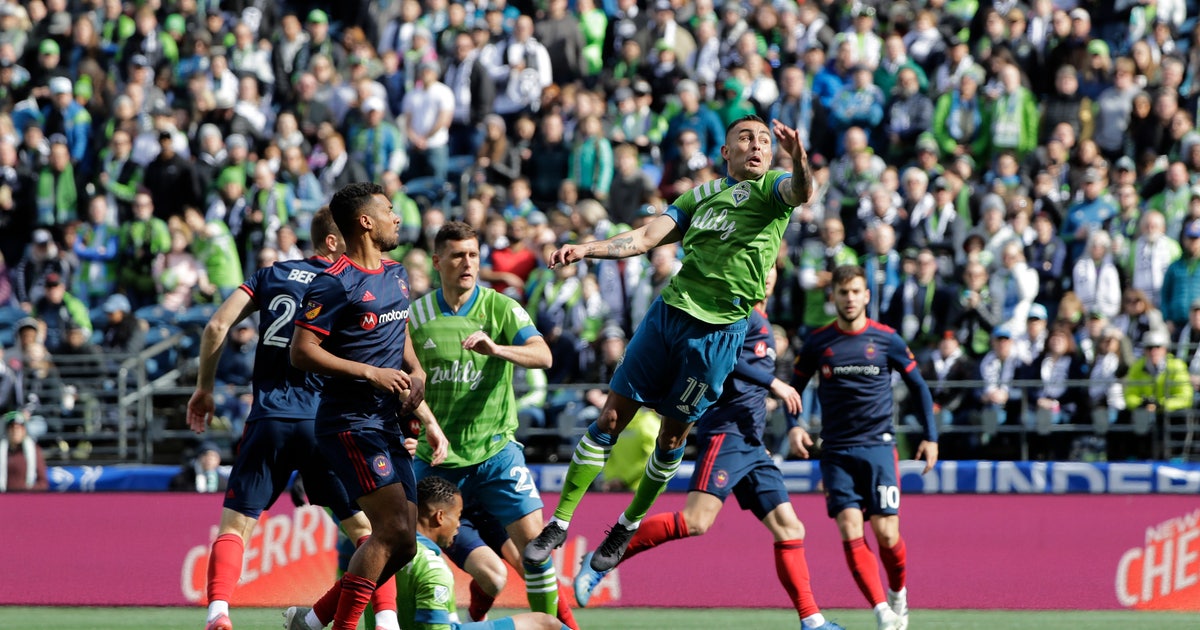 SEATTLE (AP) — Jordan Morris scored two second-half goals, the second in the third minute of stoppage time, and the Seattle Sounders opened their MLS Cup defense with a 2-1 victory over the Chicago Fire on Sunday.

Seattle started the day parading the MLS championship trophy through the streets and unveiling its second championship banner. But much of the opener had been a frustrating mix of being outplayed for stretches and missing several easy opportunities at goal.

Morris was the difference after coming on as a substitute at halftime. His goal in the 62nd minute off a cross from Cristian Roldan pulled Seattle even. The two connected again in stoppage time. Off a corner kick from João Paulo, Roldan whipped a header across the front of goal and Morris was standing at the back post to nod it home.

Robert Berić scored in the 46th minute for Chicago. The Fire, in their first game under coach Raphael Wicky, had two first-half goals waved off because of offside. Seattle also had a goal in the 56th minute overturned on video replay after Morris was ruled offside.

Many of the 40,126 that eventually filled CenturyLink Field marched to the stadium before the match with the championship trophy leading the way, and reveled in the celebration and memories of the title won 3 1/2 months earlier in the same stadium with a victory over Toronto. But the opener to the MLS season came at the end of a disappointing and frustrating couple of weeks for the club.

Seattle was surprisingly ousted from the CONCACAF Champions League by CD Olimpia of Honduras, blowing leads in both matches of the two-leg series before being eliminated on penalty kicks. It was a competition Seattle put significant effort and resources into this season in the hope of being the first MLS squad to win the competition under its current format, only to be the lone MLS team eliminated in the round of 16.

Seattle also played the opener without three key starters, most notably midfielder Nicolas Lodeiro. He is sidelined by a hamstring injury.

Maxine Waters Denounces Black Men Voting for Trump: “I Will Never Ever Forgive Them,”...

Emmanuel Acho: It’s genius for the Saints to play Drew Brees vs Chiefs