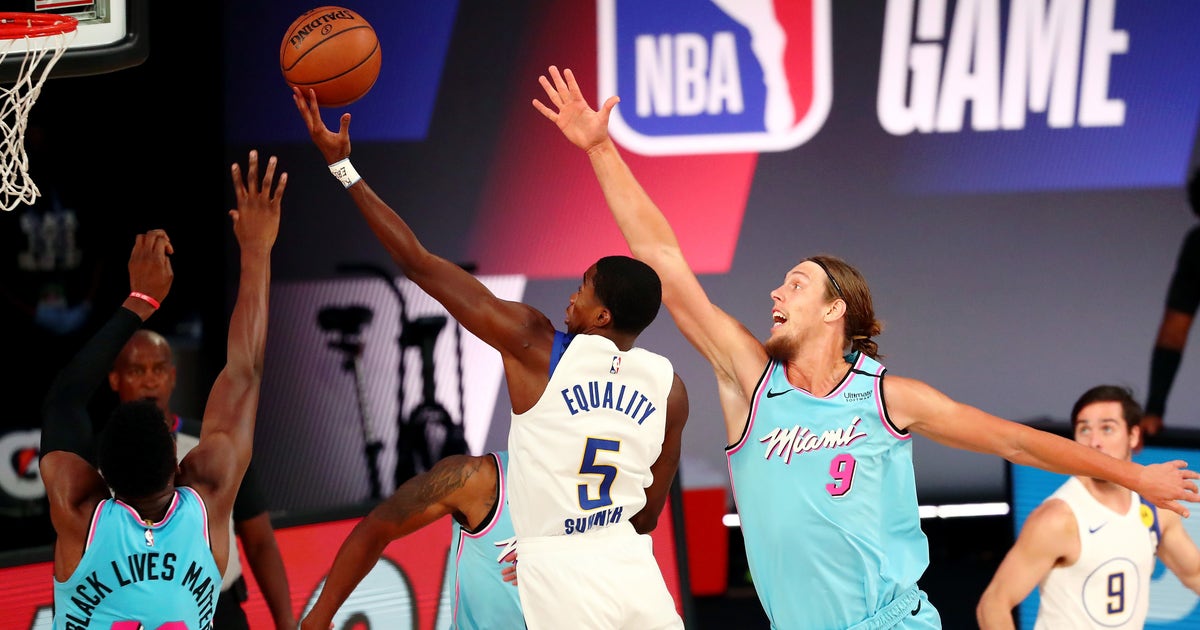 LAKE BUENA VISTA, Fla. — The last day of an NBA regular season typically sees just about every team in action, with plenty of drama surrounding down-to-the-wire playoff races and statistical titles on the line.

The NBA’s regular season ends — sort of — Friday with just four games, none with any bearing on matchups for the first round of the playoffs that begin next week. The biggest items to be settled Friday are which teams will wear home uniforms to start the Miami-Indiana and Oklahoma City-Houston series.

“Everybody’s excited about what’s at stake,” Oklahoma City guard Chris Paul said. “We’ll try to have as much of a home-court feel as possible, as far as the music and things like that, but when you get down to it, I think everybody’s trying to make sure they’re going into the playoffs as healthy as possible.”

All the matchups that can be set are locked in: Milwaukee-Orlando, Toronto-Brooklyn, Boston-Philadelphia and Indiana-Miami in the Eastern Conference, with the Los Angeles Clippers-Dallas, Denver-Utah and Oklahoma City-Houston about to face off in the Western Conference. The West No. 1-seeded Los Angeles Lakers will meet the winner of the play-in series that starts Saturday.

The winner of Friday’s Heat-Pacers game — spoiler alert, don’t expect starters to play much, if at all, in that one — will be seeded No. 4 in the East, the loser No. 5.

Some of the story lines to note going into the long-delayed end of the NBA regular season:

James won the assist trophy for the first time and becomes the first person 6-foot-8 or taller to win it since Magic Johnson got his last assist crown in 1986-87.

The last time Whiteside was the NBA’s top shot-blocker was 2015-16 — a season that preceded a trip to free agency where he landed a four-year, $98 million contract.

Timing is everything, perhaps. Whiteside, also a past NBA rebound champion, is a free agent again this summer.

Win or lose Friday, the Toronto Raptors — after losing Kawhi Leonard and Danny Green as free agents following last season’s run to the NBA championship — are assured of their best regular season in franchise history.

If Toronto drops its finale to Denver, the Raptors will finish 52-20, or with a .722 winning percentage.

For the eighth consecutive year, the NBA’s record for 3-pointers made per game was topped.

Every NBA game this season saw, on average, 24.4 makes from 3-point land. The total for 3’s in a season won’t be broken this year, only because 14% of the season wasn’t played because of the coronavirus pandemic. But the per-game number was broken again, up from 22.7 3’s made per game last season.

And for the ninth straight year, the number of 3-pointers taken per game reached a record level as well. Consider: In 2011-12, each NBA game featured what was then a record 36.8 attempts from beyond the arc per game.

That has gone up every year since — and this season was nearly double what the record was nine years ago, rising to 68.1 per game entering Thursday.

Reigning MVP — and probable back-to-back MVP — Giannis Antetokounmpo of the Milwaukee Bucks will lead the league in points in the paint for the third consecutive season. Just like last season, he averaged 17.5 points per game from inside the lane.

The league started charting that officially a quarter-century ago, and the only other player to lead the league in paint points per game in three consecutive years was Shaquille O’Neal — who, according to Sportradar, led in that category for 10 straight seasons.

There is one stat race that will go down to the very last game.

The NBA may see its best free throw-shooting season in league history. Combined, teams were making 77.3% of their free throws entering Thursday’s games. The record is 77.2%, set in 2016-17.

Clooney honored by MoMA as actor, director and humanitarian