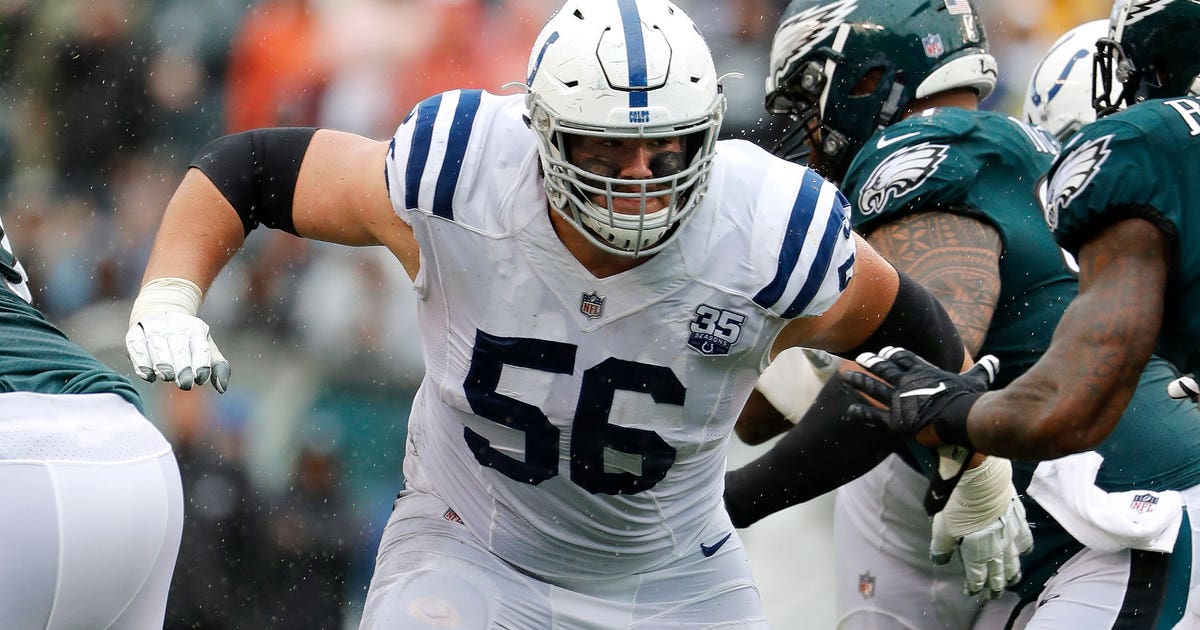 The two-time All-Pro guard dressed in shoulder pads, pulled on a helmet and finally got back to work at the Indianapolis Colts training complex. It doesn’t get much better than hitting guys across the line of scrimmage.

“I always love to be able to strap it up,” Nelson said. “It’s fun to be back out there.”

What’s fun for Nelson and one of the NFL’s top offensive lines doesn’t sound especially entertaining for defensive linemen around the league or even teammates.

Worse for opponents, Nelson hasn’t appeared to miss a beat during this unusual offseason.

He started working out in Colorado, headed to Chicago, met some ex-college teammates and trained at a gym owned by former Chicago Bears center Olin Kreutz when the COVID-19 pandemic shut down many other workout facilities.

Now the guard has returned for his third NFL season focused, fit and eager to get into football shape by banging bodies before Indy’s scheduled season-opener Sept. 13 at Jacksonville with only 11 padded practices.

Nelson insists the reduction in full-contact workouts won’t be problematic in getting into game shape.

“We’re out there competing as hard as we can,” he said after Indy’s first full workout. “We’re going hard, trying to get the best of each other. But it’s about being smart, not trying to hurt anyone out there or give that extra shove or anything like that.”

Striking the proper balance could be tricky based on Indy’s circumstances.

Like 31 other NFL teams, none of the Colts participated in the traditional offseason workouts or mini-camps.

But unlike most other teams, the Colts made a quarterback change. Jacoby Brissett, who made 15 starts last season in place of the retired Andrew Luck, was relegated to backup duty when eight-time Pro Bowler Philip Rivers signed as a free agent.

Now, after 16 seasons with the San Diego and Los Angeles Chargers, Rivers is relearning a new, though familiar playbook and an entirely new cast of teammates.

“I feel pretty confident in our relationship with Phil,” Kelly said. “He brings a high football I.Q., one I haven’t seen before, because of all his years of experience. So it’s sort of trial by error and we’ve done a great job of trying to get all five guys on the same page.”

A multitude of Zoom meetings helped Nelson and other offensive linemen hear Rivers’ voice and figure out his inflection. Rivers credited that work to avoiding any false starts on the first day of camp. And while the walk-throughs that kicked off camp allowed offensive players to gain even more familiarity, the real test will come on the field.

Monday’s workout looked promising with Pro Bowl receiver T.Y. Hilton catching a long pass near the sideline and Rivers distributing the ball to a wide array of receivers.

Kelly, for one, has been impressed with what he’s seen from Rivers.

Some things are still a work in progress.

“Cadence is a big thing. I can’t stress enough how important that is when you have a guy that can really work the cadence,” center Ryan Kelly said. “It really enhances the game and helps us out by slowing down the defensive line.”

Nelson doesn’t believe he’s a finished product, either. He wants to improve his techniques and fundamentals, and the Colts’ feature attraction at camp could be seeing Pro Bowl defensive tackle DeForest Buckner working against the Colts’ interior linemen.

“To be able to go against guys like Quenton is going to be a great opportunity for not only me but also the other guys in the room,” Buckner said. “Being able to go against the best every day — when you go to the games, it’s going to be easy for you. There are not a lot of guys that are like me – big, lanky, powerful and can also show some quickness. So it’s going to be a mixture of things that I can give the offensive line – different looks at to really approach. I hope I make their jobs easier come game day and vice versa.”