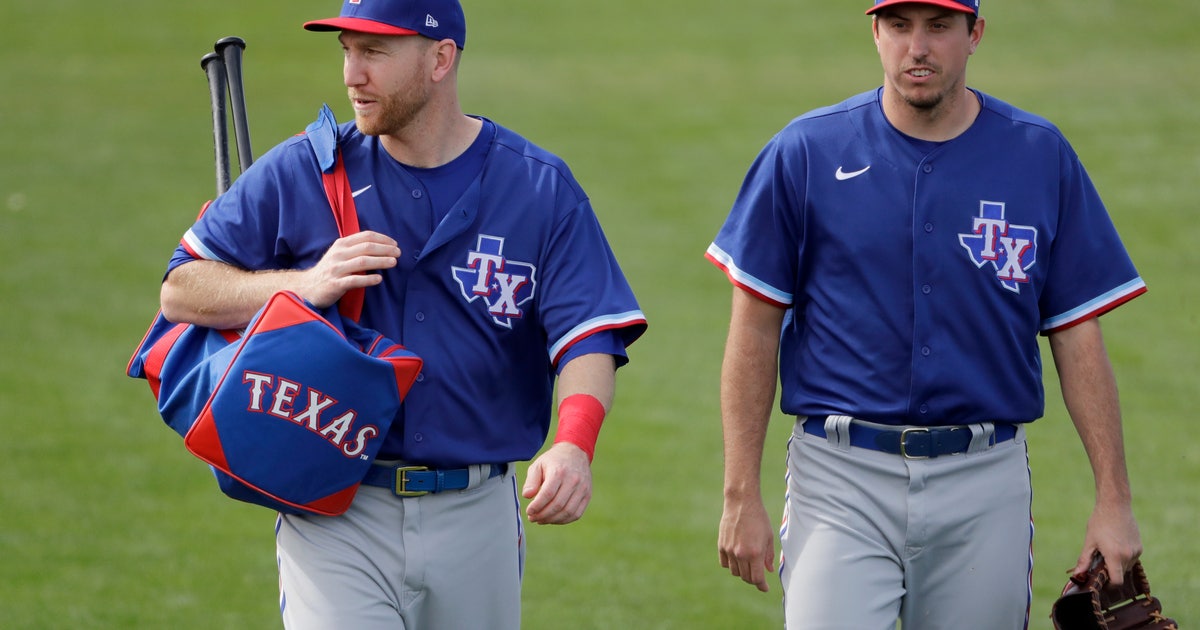 Todd Frazier and Greg Bird are at opposite corners for the Texas Rangers, and at different stages in their careers.

Frazier clearly wasn’t the top choice at third base for the Rangers, considering their well-publicized pursuit of top free agent Anthony Rendon this offseason. But the former two-time All-Star can provide some veteran stability after six different players started at the hot corner for Texas last season following the retirement of Adrian Beltre.

“I’m just trying to be who I am, and trying to maintain that position,” said the 34-year-old Frazier, with his fifth team and going into his 10th big league season. “So for me, play the defense I know how, focus on driving guys in, and the rest will take care of itself.”

The 27-year-old Bird signed a non-roster deal before spring training, getting an opportunity to compete to be the Rangers’ first baseman after being plagued by a series of injuries the past five years with the New York Yankees.

“He’s an impressive, impressive kid,” Rangers manager Chris Woodward said. “His approach to the plate, he doesn’t swing at balls, which is a good one for me. But also when he gets strikes, he does a lot of damage. And talking to him, that mentality matches obviously the performance on the field.”

Teammates during the second half of the 2017 season with the New York Yankees, Frazier and Bird now have lockers next to each other in the Rangers’ spring training clubhouse in Surprise, Arizona.

Frazier spent the past two seasons with the New York Mets. Bird played only 82 games for the Yankees in 2018 after ankle surgery, then was limited to 10 games at the start of last season before being sidelined by a plantar fascia tear in his left foot.

The Rangers knew it wouldn’t be easy to replace Beltre. The four-time All-Star and five-time Gold Glove winner with 3,166 career hits retired after the 2018 season instead of playing into his 40s.

Former two-time All-Star shortstop Asdrubal Cabrera was signed last offseason and switched to third base. He filled that spot until being released right after the trade deadline, then played primarily second base the rest of the season for the World Series champion Washington Nationals.

After Rendon left the Nationals and opted for a seven-year deal with the Los Angeles Angels early in free agency, the Rangers were consistently mentioned as possible landing spots for Nolan Arenado from Colorado or Kris Bryant from the Chicago Cubs when it seemed that one of those All-Star third basemen could possibly be traded.

Frazier signed with the Rangers in mid-January, a $3.5 million deal for this season that includes a 2021 club option with a $1.5 million buyout.

“Todd, he’s been around a while, and brings a lot of energy, a lot of passion to the game,” Woodward said. “He represents a lot of what we preach internally, just his attitude. … He wants to win. He wants to bring that attitude in the clubhouse everyday. He’s relentless.”

The right-handed Bird became a free agent in November when he refused an outright assignment to Triple-A, and was a bit surprised by an offer from the Rangers.

But Texas had five different players start at first base last season. Ronald Guzman, a young left-hander who is a strong defender, had the most starts with 72, but hit only .134 against lefties. General manager Jon Daniels said Bird was signed to compete for the job, not to just be part of a platoon situation.

Bird had played a few games in the Dominican Republic this winter, in what he called a normal offseason.

After 11 home runs in 46 games for the Yankees when making his big league debut in 2015, Bird missed all of 2016 following surgery to repair a torn labrum in his right shoulder before his foot injuries the past three seasons.

“One thing it teaches you is patience. Definitely something I got more of a handle on after each time in a weird way,” Bird said. “It drives you crazy going through it, to be honest. … You learn patience, you learn working with what you’ve got, you learn some days it’s not gonna be what you want, but you’ve got to deal with that. And, you know, just keep a smile and keep going.”

Badgers veteran defense is ready to perform amid offensive changes