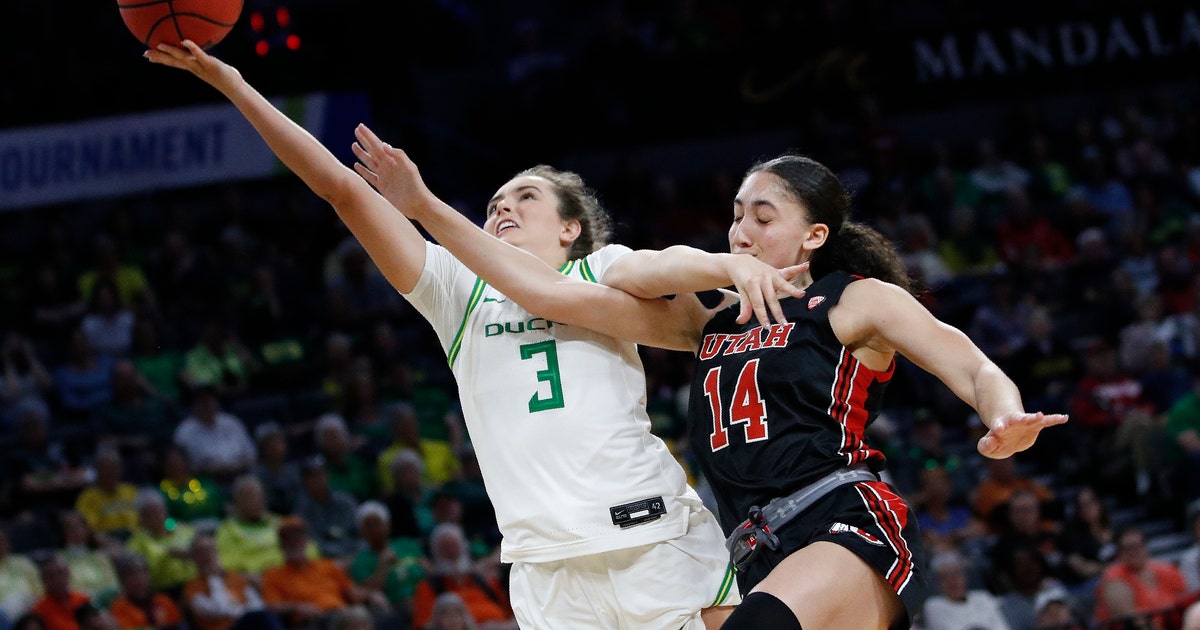 LAS VEGAS (AP) — Sabrina Ionescu scored 19 points to lead No. 3 Oregon to a 79-59 victory over Utah in the Pac-12 quarterfinals on Friday afternoon.

The Ducks erased a six-point first-quarter deficit and used a 20-4 run in the second quarter to seize momentum. Igniting the run was a 3-point barrage, which saw Oregon (29-2) connect on eight consecutive shots from beyond the arc to close the half.

Satou Sabally added 17 points, while Jaz Shelley chipped in with 10 for the top seed in the tournament.

Utah, which has been led by underclassmen all season, including in its 72-63 opening-round win over Washington, was paced by freshmen Lola Pendande and Brynna Maxwell, who finished with 15 and 12 points, respectively

Oregon, which swept the regular-season series by a combined 64 points, shot 29 of 58 (50%) for the game. The Ducks were 12 of 23 from 3-point range, falling one 3-pointer shy of tying the Pac-12 Tournament single-game record.

With a third straight Pac-12 regular-season title in hand, the Ducks will ride a 17-game winning streak into their fourth successive Pac-12 Tournament semifinal, where they’ll meet Arizona, a 73-86 winner over Cal in an earlier quarterfinal.

Oregon, which has played for the last two Pac-12 championships, is looking for its second conference tournament title after winning in 2017-18. Stanford defeated the Ducks in last year’s title game.

Utah: The Utes’ underclassmen accounted for 73% of the team’s offensive production this season, including 42% from their three freshmen: Maxwell, Pendande and Kemery Martin. In all, there are eight underclassmen on Utah’s roster, making the future bright for coach Lynne Roberts’ group.

Oregon: Shelley, just a freshman, continues to impress off the bench, as she now has six double-figure scoring games. The Australian is a Pac-12 all-freshman honorable mention after averaging 6.3 points per game. Shelley broke Oregon’s single-game record for 3-pointers in the 10th game of her college career when she went 10 for 14 from deep in a 32-point performance against UC Riverside on Dec. 16.