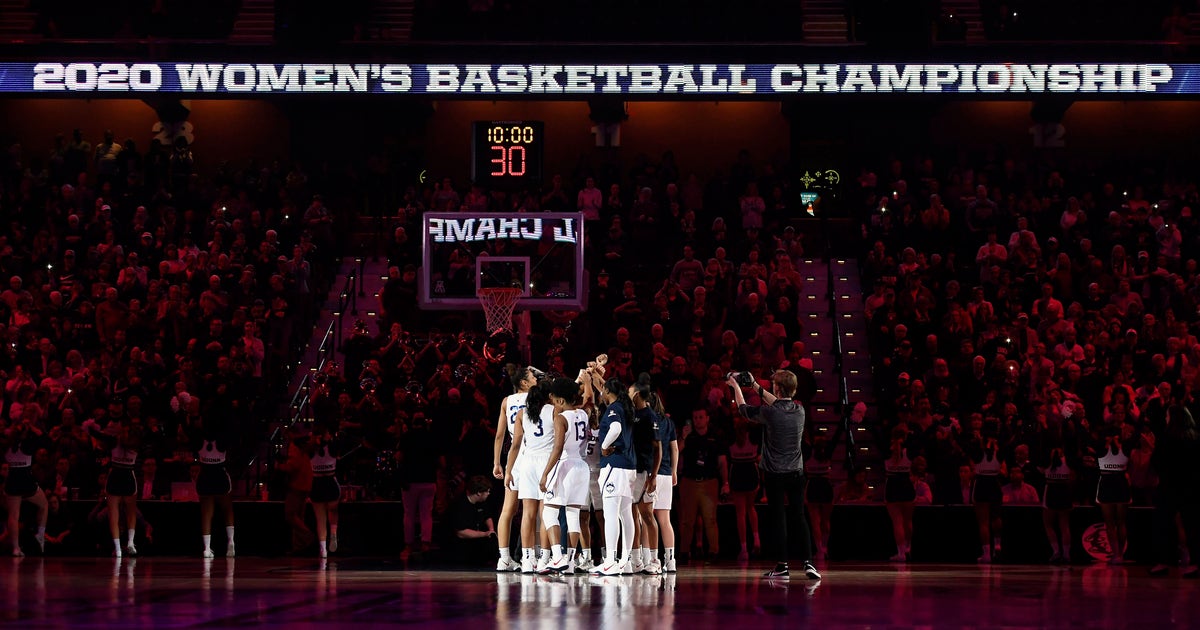 UNCASVILLE, Conn. (AP) — Megan Walker scored 26 points and Christyn Williams added 22 to lead No. 5 UConn over Cincinnati 87-53 on Monday night, finishing off a perfect run for the Huskies over their seven years in the American Athletic conference.

UConn went 139-0 in the American after it was formed in 2013, winning all but two games by double-digits. The Huskies are leaving the AAC at the end of the postseason to rejoin the Big East.

The Huskies, who also have won all seven AAC regular-season titles, kept their celebration subdued after the final buzzer sounded, trading hugs and dousing each other with confetti from a drink bucket..

Angel Rizor scored 16 points, Antoinette Miller added 15 and IImar’I Thomas chipped in with 14 for third-seeded Cincinnati (22-10), which had upset the No. 2 seed, UCF in the conference semifinals

Williams hit a layup nine seconds into the game and the Huskies led wire-to-wire.

Rizor kept the Bearcats close in the first 10 minutes, scoring 10 of the team’s 15 points

A steal and layup by Williams sent the Huskies into halftime with a 48-26 lead.

She and Walker each had 15 points in the first half.

UConn outscored the Bearcats 23-16 in the third quarter and went into the fourth with an insurmountable 71-42 advantage after a put-back by Crystal Dangerfield at the buzzer.

Dangerfield finished with 14 points and Olivia Nelson-Ododa had her eighth double-double of the season with 11 points and 11 rebounds. She also blocked four shots.

Cincinnati: The Bearcats were making their first appearance in an a AAC final. The school was seeking its first league title since 2002, when it was a member of Conference USA and beat Tulsa. The Bearcats had lost in the AAC semifinals in each of the last two years.

Connecticut’s governor issued a voluntary travel ban for state employees on Monday. But UConn says its basketball teams will travel to postseason tournaments, with only essential personnel accompanying the team. The school did not say which employees are considered essential.

UConn; The Huskies are projected to be a second seed in the NCAA Tournament and would host the first two rounds in Storrs between March 20-23.

A bitter custody battle and 3 young lives lost in California

Reusable Recyclable Masks – Masuku’s Protective Face Masks Can Be Sent Back for Recycling...