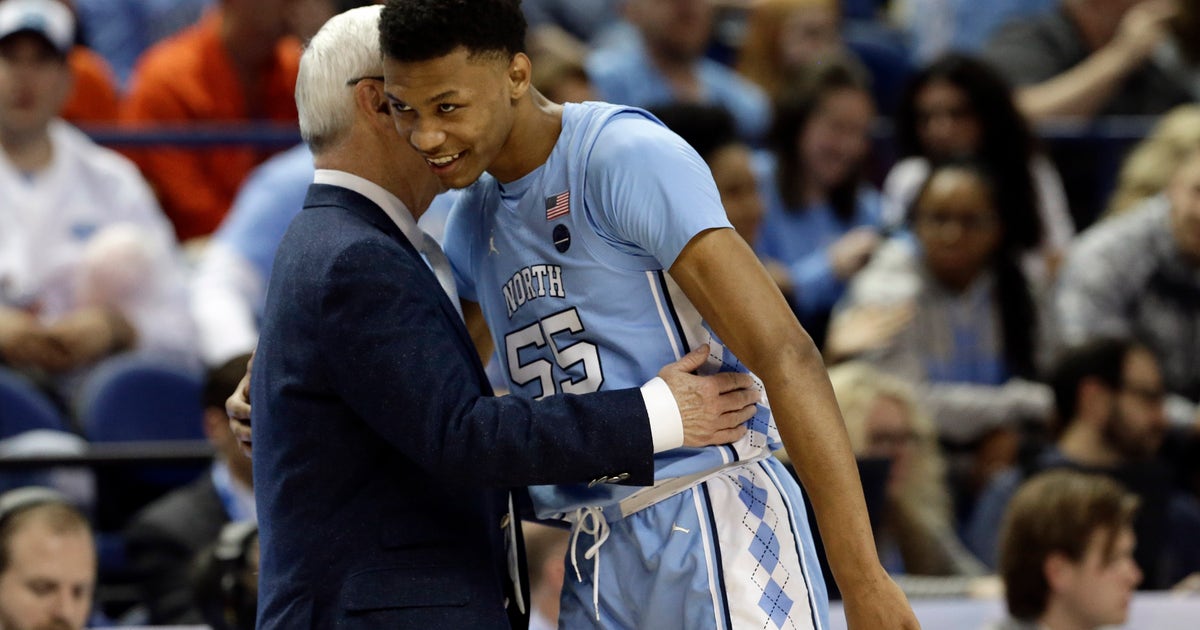 Armando Bacot added 12 points and 11 rebounds and Cole Anthony chipped in with 10 points and eight rebounds for the Tar Heels (14-18).

UNC entered the tournament as the last seed, No. 14 overall, following a disastrous regular season for a school with a proud history of winning 18 ACC Tournament championships, second only to Duke’s 21 titles.

The Tar Heels then scored the first seven points of the second half, including a spinning layup by Anthony that resulted in a 3-point play.

The lead grew to 20 when Robinson hit back-to-back 3-pointers, including one where he froze the defender and stepped back to drill the jumper and shouted to the crowd “I’m here!” A few minutes later Robinson buried another 3 to push the UNC lead to 68-43 with 5:26 left.

The Tar Heels held a significant height advantage over Virginia Tech and used it, continually pounding the ball inside to Brooks. The Tar Heels went to the line 25 times, making 19. Brooks shot 10 free throws, one fewer than the entire Hokies team.

This is the first time Tar Heels coach Roy Williams has entered a postseason tournament with a losing record.

The Tar Heels now hope to make a run and shock the ACC.

Virginia Tech: Mike Young’s first season with the Hokies didn’t end the way he would have liked and there’s reasons for that. It’s pretty clear Young will need to add some “bigs” to the roster if the Hokies are going to compete in the ACC next season. Shooting was also an issue as Virginia Tech finished 10 of 36 from the field.

North Carolina: Top reserve Christian Keeling injured his left ankle in the first half while running down a loose ball when Virginia Tech’s John Ojiako inadvertently stepped on him. Keeling had to be helped off the floor. He returned in the second half but ran with a noticeable limp at first, but remained in the game. It’s unclear how much of a factor he will be moving forward for the Tar Heels.

Virginia Tech: Will wait to hear if they receive a bid to the National Invitational Tournament.

North Carolina: Advance to face No. 6 seed Syracuse on Wednesday night in the second round.