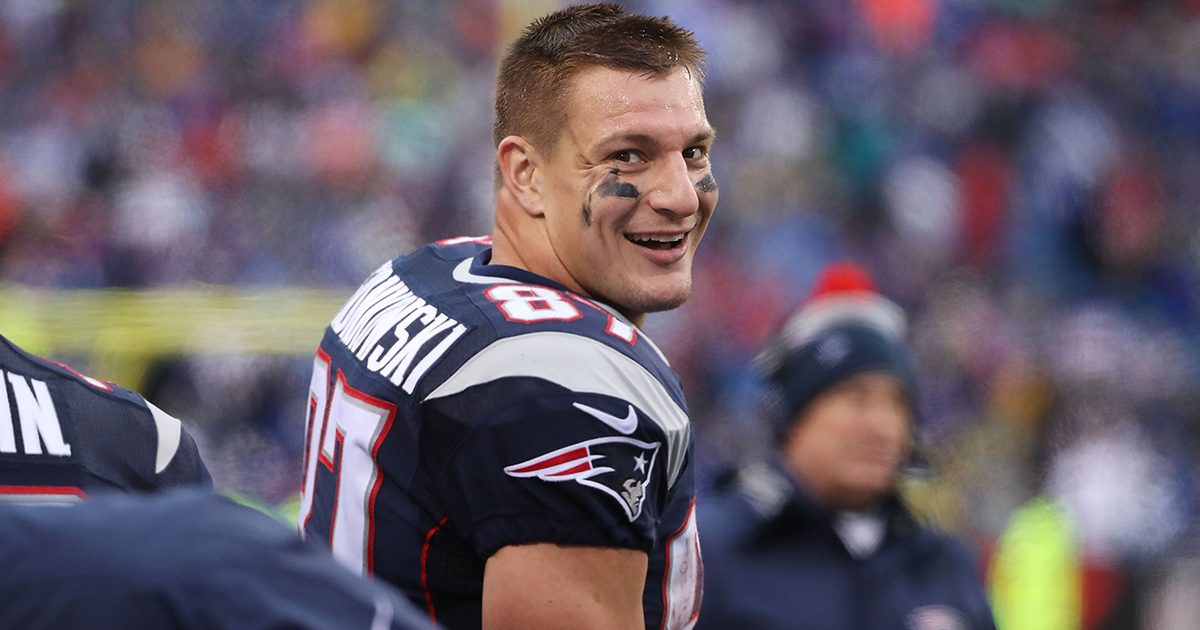 Father’s Day is synonymous with sports. And this Sunday, athletes took to social media to wish dads all the best.

Tampa Bay Buccaneers tight end Rob Gronkowski’s dad has become something of a legend, with all of his large sons — but Gronk made sure to remind him who’s No. 1.

Happy Father’s Day to Papa Gronk from your #1 son!! Thanks for showing us the way, everything from the motivation & techniques to become better athletes as kids, to building your fitness business from the ground up, and the importance of living and enjoying life every day 🙌 pic.twitter.com/JgE9vOn5vJ

His teammate, Bucs quarterback Tom Brady also took to Twitter, but shared something slightly more sentimental about his pops.

This picture was taken 6 years ago at a course we never could have dreamed of playing, Augusta National. Dreams really do come true! When I think of someone who would give anything in the world to make my dreams come true, it always comes back to you HFD pops! ❤️ always, your son pic.twitter.com/4D0CE6jBPj

New Jersey Devils defenceman P.K. Subban took a play from Gronk’s book, and added a little humor to his post, giving a shout out to all the dads out there, while making sure to single out the best looking one around.

BigKarl&The Band! We may not be the best band,but we sure are the best looking band 😂☝🏿HappyFathersDay dude! Toanyone who has lost their father,hang in there today.Sending❤️So Cheers, to theFathers who are no longer with us,&to all the fathers still handling their business!🥃🙏🏿 pic.twitter.com/KyGxwzmFJo

San Francisco 49ers right end George Kittle, usually known for his silly antics, instead shared words from the heart to illustrate how much his father means to him.

Happy Father’s Day to all the dads out there!!! Thank you for all of the lessons pops.. I’m still learning from you every day!! ❤️ pic.twitter.com/3KY3kQDnU8

While Toronto Raptors forward Pascal Siakam may not have been able to celebrate today with his father, he honors his legacy and promises to work hard in his memory everyday.

Well, sharing that extra special moment with the guy who’s been with you through the blood, sweat and tears.

Happy Fathers Day to all the amazing dads! Papa Kelce has always been my hero!! Love you big guy!! https://t.co/hF8YhvLHSB

Dads are known for wearing many hats including father, husband, brother and even mentor.

14-time MLB All-Star Alex Rodriguez feels the love of his family on the day dedicated to him and every dad around the world.

Feeling super blessed and grateful to have this bunch with me today. ❤️🙌🐶

Happy Father’s Day to all the dads out there!! pic.twitter.com/HHMDbyfvzG

Some dads might not be here to celebrate, but that doesn’t mean they aren’t in our hearts and thoughts today.

There are no words that can describe how I feel about you.
The only wish I have is to see you again. Love you Dad. #HappyFathersDay ❤️🖤❤️. pic.twitter.com/jhcHwR02dv

And we here at FOX Sports are celebrating the dads, too, as well as the sons they raised.

Baseball just seems to be in these father-son duos’ blood.

In honor of #FathersDay, we show you some current players whose dads played major league baseball! 💙⚾️ pic.twitter.com/YL8lCNv3y0

And talk about winners, these father-son combos have quite the collection of hardware.

These families have Championship DNA 🙌🏆 pic.twitter.com/MuDPhQzb7S

Football means family for these guys, and excellence on the field is just par for the course.

There are THREE former first-round draft picks in both the Manning and Bosa families! #FathersDay pic.twitter.com/2K1Odadbma

You can even vote on your favorite college football pair.

In honor of Father’s Day, which father-son combo is the best of all-time? 🤔

Here’s to all the fathers, sons and husbands celebrating today – we wish you the greatest of days filled with laughter, smiles and love.

Former NATO Supreme Allied Commander Stavridis: Protests “Not A Battlespace To Be Dominated”