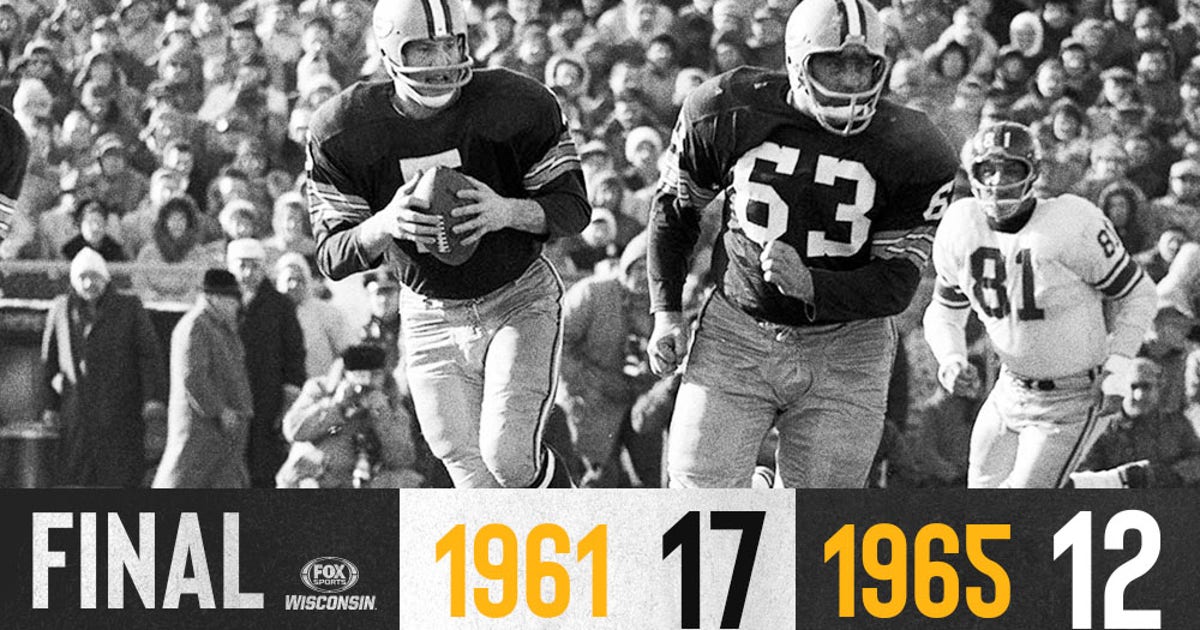 Trailing 6-3 at the half to the fifth-seeded 1965 Green Bay team, the No. 4 seed 1961 Packers scored a pair of second half touchdowns to move on in the all-time Packers tournament.

Bart Starr’s three-yard pass to Ron Kramer in the third quarter gave 1961 its first lead of the game and Jim Taylor’s 2-yard touchdown run early in the fourth helped 1961 move on to the Final Four with a 17-12 victory.

Taylor finished with 123 yards on the ground on 22 carries while Starr threw for 150 yards with one touchdown.

The 1961 Packers will now face the NFL champions of 1962 for a chance to play in the championship game.

EU unveils its plan to save summer vacations

Aesthetic Personal Care Collections – Rume by The Home Edit is...