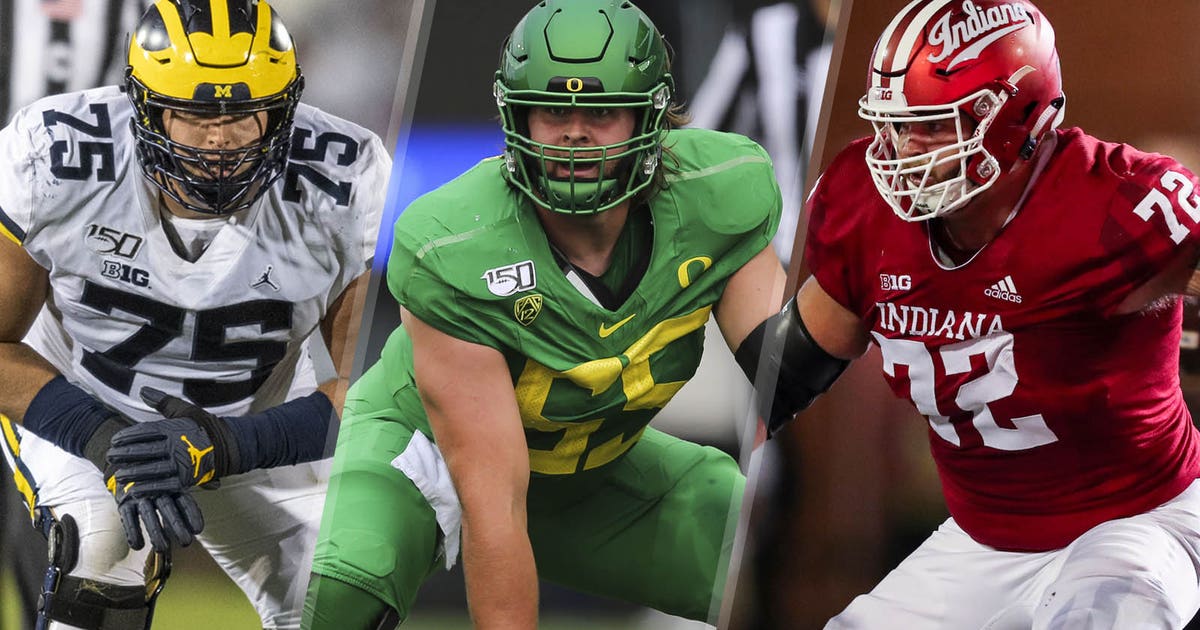 The Green Bay Packers had a focus in the sixth round of the NFL draft: Bolster the offensive line.

Owning three picks in the rounds, the Packers selected a tackle, center and guard.

With the first pick in the round, No. 192 overall, the Packers selected Jon Runyan, who played left tackle in college but likely will play guard in the NFL.

The son of a longtime NFL tackle, Runyan started at left tackle the past two seasons for Michigan after debuting at right tackle as a redshirt sophomore in 2017.

Runyan was a first-team All-Big Ten selection as both a junior and senior.

A four-year starter with the Beavers, Hanson was named honorable mention All-Pac-12 in each season. Overall, he played in 50 games with 49 starts (the only time he didn’t start was because he had to sit out due to a targeting penalty the previous game).

Indiana guard Simon Stepaniak was the selection one pick after the Packers drafted Hanson.

Stepaniak started all four years with the Hoosiers at right guard. He missed half the season as a sophomore but bounced back to play 12 games during his junior year. Stepaniak was given an All-Big Ten honorable mention nod as a senior in 2019.

Green Bay will finish the draft with two picks in the seventh round (Nos. 236 and 242).

Colin Cowherd: With Doc Rivers out, the Clippers have no leader | THE HERD

Susan Rice: We Have A Pandemic And A Racial Justice Crisis, Joe Biden Can...