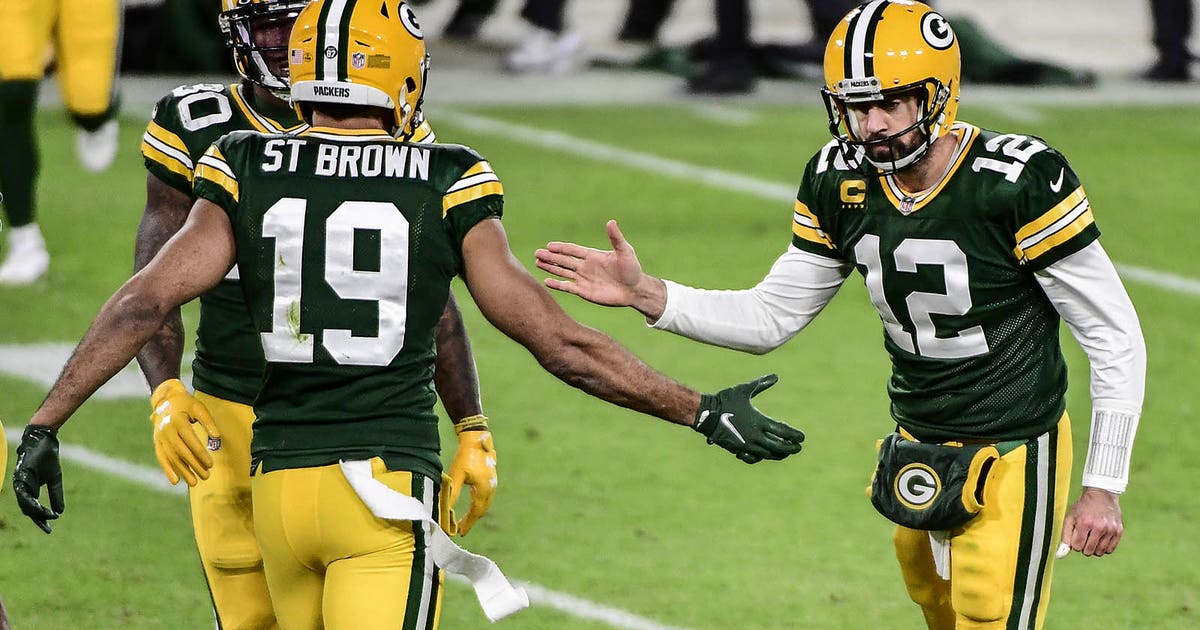 The Green Bay Packers’ 2020 passing attack has mostly been a highlight reel of connections between quarterback Aaron Rodgers and wide receiver Davante Adams.

Despite missing two games earlier this season, Adams leads the Packers in receptions (74), receiving yards (908) and touchdowns (11). He also has seen 48 more targets from Rodgers than any other Packers receiver — again, even with sitting two games out.

However, in Week 12, Rodgers distributed the ball all over the field.

Although Adams played the most snaps of any pass-catcher (89%) and had a team-high nine targets and six receptions against Chicago, he was one of four receivers to haul in a touchdown.

Oddly enough, Marquez Valdes-Scantling played the second-most snaps of any wide receiver (79%) but wasn’t targeted once. Equanimeous St. Brown was on the field for a season-high 38 snaps (54%) and logged 46 total yards on three touches.

Allen Lazard, typically the Packers’ No. 2 receiver when healthy, was sent to the locker room in the third quarter after sustaining a hit from Bears rookie Jaylon Johnson and did not return. He played 46% of the snaps and caught four passes for 23 yards and a score.

Additionally, Malik Taylor (3%) and Darrius Shepherd (3%) were on the field with backup quarterback Tim Boyle (3%) in the victory formation for the final two plays of the game.

Robert Tonyan led all tight ends with 58% of snaps on the field, followed by veteran Marcedes Lewis (46%). The two combined for seven catches for 83 yards and two touchdowns. Second-year tight end Jace Sternberger caught one pass for five yards while playing 23% of the snaps.

No Packers receiver had more than 67 yards, and five different players finished the game with multiple catches. The balanced attack resulted in 34 offensive points against a Bears defense that hadn’t allowed more than 26 points in a game all season.

Other notes from Sunday’s snap counts:

— A season-high 41 different players appeared on the field for the Packers’ offense and defense against Chicago.

— Starting guard Lucas Patrick played 58 of Green Bay’s 71 offensive snaps (82%) before exiting the game with a toe injury. Billy Turner (100%), who started the game at right tackle, moved over to guard and Rick Wagner came off the sidelines to take over at RT. Wagner played the 13 snaps (18%) that Patrick missed.

— Safety Darnell Savage had a monster game with two interceptions, including one in the end zone, but he left the game midway through the third quarter with a back injury. Savage played 39 of Green Bay’s 68 defensive snaps (57%). Filling in for Savage was Will Redmond, who was on the field for 44% of the snaps.

Mike Pereira breaks down the touchback, controversial Sorensen hit in Chiefs vs. Browns

Graham To Biden Administration: “Stand Down” On Trump Impeachment