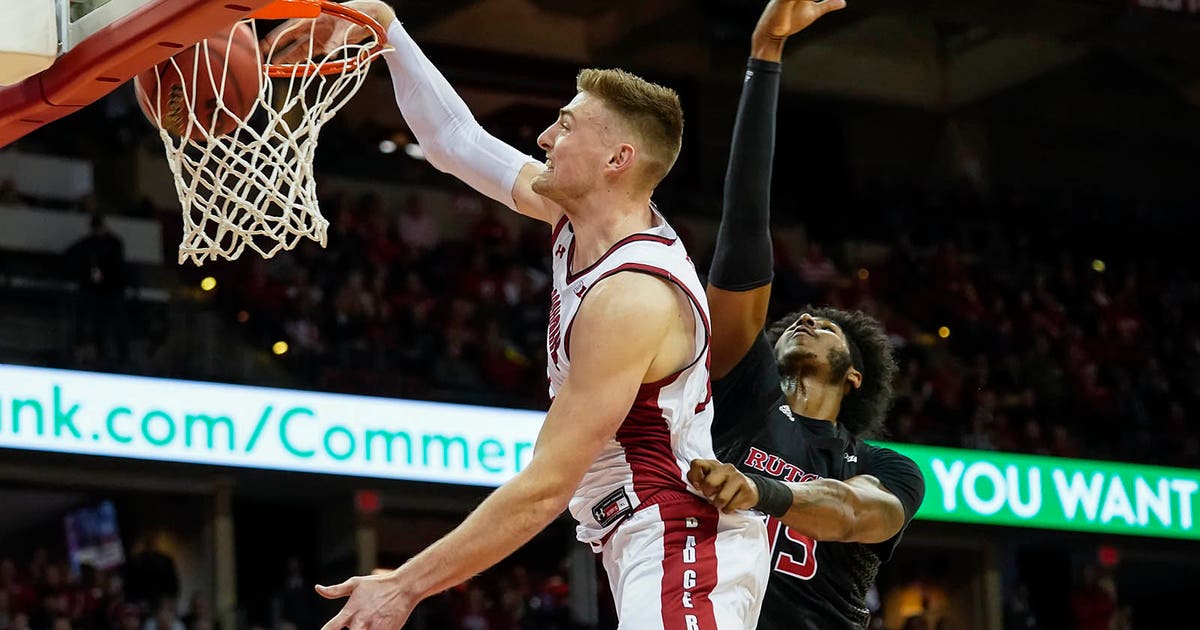 The Badgers were hot from distance, hitting 10 of their first 20 from behind the 3-point line as they built a comfortable lead. But Rutgers continued to pound the ball inside, where the Scarlet Knights had a 42-16 advantage in the paint and refused to go away.

Back-to-back Potter 3s put the Badgers up 58-42 midway through the second half. But Rutgers went on a 12-3 run with Myles Johnson’s dunk pulling the Scarlet Knights within seven with less than seven minutes left.

Harper later knocked down a long 3 to cut the lead to 70-64. But over the next three Wisconsin possessions, D’Mitrik Trice went 3 for 4 from the line and knocked down a baseline jumper as the shot clock expired. He then drew a charge from Baker, and the Badgers held on for the win.

Geo Baker scored 16 for Rutgers, pushing him past the 1,000-point mark for his career.

Rutgers: The Scarlet Knights have just one road win on the season and have two of their last three away from The RAC to finish the season. It’s been one of the best seasons for the Scarlet Knights in years. But another road win would do wonders to beef up their resume. Their last chances will be at Penn State and Purdue.

Wisconsin: A team that started the season 5-5 is now in a logjam for second place in the conference headed into the final four games of its conference schedule.

Wisconsin: Travels to Michigan on Thursday.

Week-Long Battery Life Smartwatches – The Redmi Watch Delivers Up to...