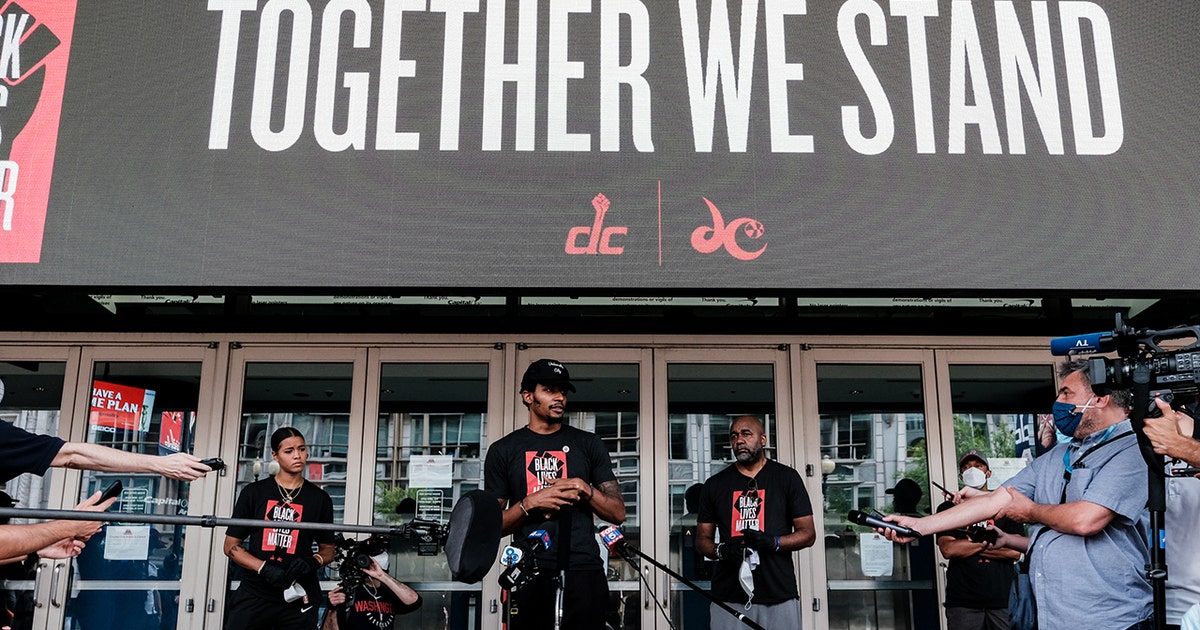 Friday marks the Juneteenth holiday, a day that is widely celebrated in black communities across the United States as the anniversary of June 19, 1865, the day African American slaves were officially freed under the Emancipation Proclamation.

Dozens of professional athletes, sports organizations and leagues took to social media on Friday to celebrate and bring attention to the annual celebration, beginning with the NBA.

Join the NBA family in honoring #Juneteenth, the oldest national holiday commemorating emancipation from slavery in the United States. pic.twitter.com/eXWjm5Ssh3

The league posted an entire thread on the origins of Juneteenth.

The NFL closed its league offices in an effort to recognize the holiday.

The NFL will observe Juneteenth as a recognized holiday and our league offices will be closed today: https://t.co/AoJSocoYDQ pic.twitter.com/BEkSrMXeHy

The MLB, NHL, MLS and WNBA are among other professional sports leagues that honored Juneteenth on Twitter.

In celebration of #Juneteenth, Major League Baseball will be commemorating the day with activities aimed to continue the conversation about social justice. https://t.co/GQrFObW8ig pic.twitter.com/lPSf2v6eX3

This #Juneteenth, we celebrate the Coloured Hockey League. Founded in Nova Scotia in 1895, the league was formed by the sons and grandsons of escaped slaves, whose innovations helped create hockey as we know it today. pic.twitter.com/tBmoSoxrNB

Juneteenth is a day of remembrance that marks the official end of slavery in America.

Juneteenth reminds us to celebrate African American progress and that the fight for justice & equality continues every day. #MLSisBlack pic.twitter.com/ahYXXOjDZO

Today the WNBA commemorates #Juneteenth. 155 years after emancipation, we must still fight the racial injustices that steal freedom. pic.twitter.com/WcGB6SoPa8

Nearly all teams across the major American professional sports leagues posted a Juneteenth message on their social media accounts.

Here’s how much of the rest of the sports world commemorated the event.

The Washington Wizards marched in D.C. on Friday, in addition to their social media posts.

No justice.
No peace.

Freedom Day is a day of celebration, rejoicing and a reflection on the work that still needs to be done.

As we continue to reflect and educate ourselves, we invite you to join us. pic.twitter.com/6cAofNSjD8

We’ve never posted about Juneteenth, but it is always the right time to do better than before.

Today is a reflection of freedom, a day to celebrate and educate. pic.twitter.com/BOsLIEdwc5

In honor of #Juneteenth, help us promote a better understanding and appreciation of the achievements, contributions and experiences of the Black community.
Learn more: https://t.co/IhT3mhwMGM pic.twitter.com/o4IONBkjGG

In honor of #Juneteenth, we stand in solidarity with the Black community and the fight against social injustice. #BlackLivesMatter pic.twitter.com/tWc7HuZBSZ

“I feel like the change that can possibly happen with more people talking about it, having these type of conversations, will create more opportunities.”@_thedreamishere, @AdrianColbert27 and @josh3rosen discuss #Juneteenth. pic.twitter.com/TqmrsiMBk4

We join the players in our commitment to change:

Several current and former athletes also expressed their appreciation of the Juneteenth holiday.

Thank you for the honor. I am so very proud of the fact that I was the first African-American coach in any major sport. @nba https://t.co/lAY6ttukkZ

Westbrook — formerly of the Oklahoma City Thunder – will host a Tulsa Block Party nationwide livecast on Saturday in honor of the holiday and to discuss issues pertinent to the black community.

The ending of slavery. A day to celebrate freedom. A time to educate and celebrate Black Culture. pic.twitter.com/4Sds5RoLPB

Two and a half years following Lincoln’s Emancipation Proclamation on June 19, 1865 Galveston, Texas was the last to receive the news that all enslaved people were free. Juneteenth today celebrates freedom, achievement, education, and self-advancement in the Black community.

On June 19, 1865, enslaved people in Texas were free- two and a half years after slavery was abolished in the United States. On Juneteenth, we celebrate Black liberation. #Juneteenth ✊🏿🙏🏿❤️ pic.twitter.com/26jx5fdDfx

As we take today to celebrate #Juneteenth, we also recognize that even 155 years later, Black Americans are still waiting to be treated as equals. It’s time to fulfill the promise: https://t.co/jfwQYhEpv6.@WoodDro52 #BlackLivesMatter pic.twitter.com/m8yq6X55wC

Murumuru Butter-Infused Lip Balms – The BRAVO SIERRA Lip Balm is Both Vegan and...