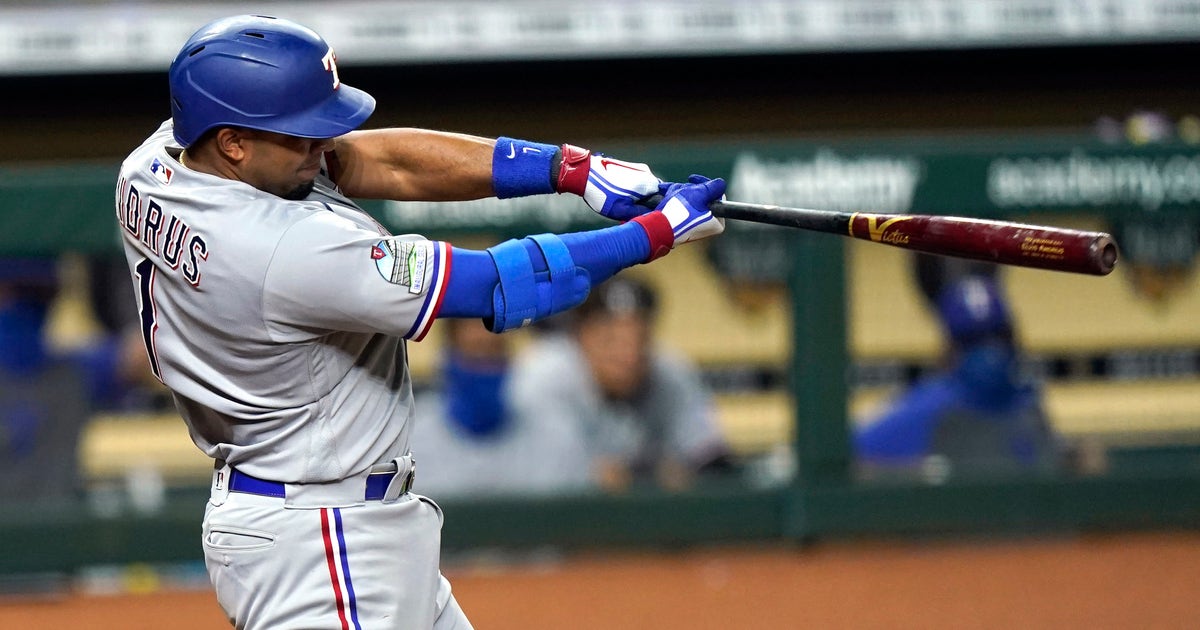 HOUSTON (AP) — Elvis Andrus hit a tying solo homer in the ninth inning and the Texas Rangers got two runs in the 10th on a balk and two errors to beat the Houston Astros 6-5 on Tuesday night.

Scott Heineman started the 10th on second base and advanced to third on a groundout by Shin-Soo Choo. The Rangers took the lead when he scored on a balk by Blake Taylor (1-1). The balk was called when the rookie stepped off the mound as Heineman took off as if he was heading home.

Isiah Kiner-Falefa then reached on an error by shortstop Carlos Correa and scored from first with two outs when Joey Gallo bunted and catcher Martín Maldonado overthrew first base for another error.

Jose Altuve, who had three hits, started the 10th on second and scored when Michael Brantley singled off Rafael Montero to make it 6-5. Yuli Gurriel grounded into a double play, and Montero retired Kyle Tucker for his seventh save.

The Rangers trailed by one entering the ninth after the Astros took the lead on a three-run homer by Brantley in the seventh. Andrus, playing his first game since missing 11 with a lower back strain, connected off Ryan Pressly for his first homer this season to start the ninth and tie it at 4-all.

Texas led by two in the seventh when Abraham Toro and Justin Garneau hit consecutive singles with no outs to chase Jordan Lyles. Nick Goody took over and retired the next two batters before Brantley hit his homer off the foul pole in right field on a full count.

It was the first time this season Goody allowed an inherited runner to score, and he crouched down and stared at the ground as Brantley rounded the bases.

The Astros returned to play Tuesday after their game Sunday against Oakland was postponed because a member of the A’s organization tested positive for the coronavirus.

Lyles took over for the second inning after the Rangers used an opener for the first time this season by starting Luis García. Lyles allowed six hits and three runs in five-plus innings.

There were two outs in the sixth inning when Correa hit a run-scoring single on a grounder to left field to cut the lead to 3-1.

Correa ended his franchise-record error-less streak at shortstop at 90 games with his 10th inning miscue. His last error had been April 21, 2019 at Texas. He broke his own record, which had been 70 games.

Valdez plunked Choo to start the game, and he stole second base. Kiner-Falefa singled on an infield grounder and he reached second, and Choo scored on the play on an error by Valdez when he badly overthrew first base.

Kiner-Falefa advanced to third on a wild pitch and the Rangers made it 2-0 when he scored on a single by Nick Solak with one out in the first.

Ronald Guzmán hit an RBI triple to the corner of right field to push the lead to 3-0 in the fourth.

Rangers: 2B Rougned Odor was placed on the injured list Monday retroactive to Friday because of an infection in his right eye. … LHP Brett Martin (left rotator-cuff inflammation) was activated from the injured list on Tuesday.

Astros: 3B Alex Bregman (right hamstring strain) is improving and could be activated sometime during Houston’s upcoming road trip which begins on Friday and goes through Sept. 13. He has been out since Aug. 20.

Bucks’ backs against the wall going into Game 3 vs. Heat