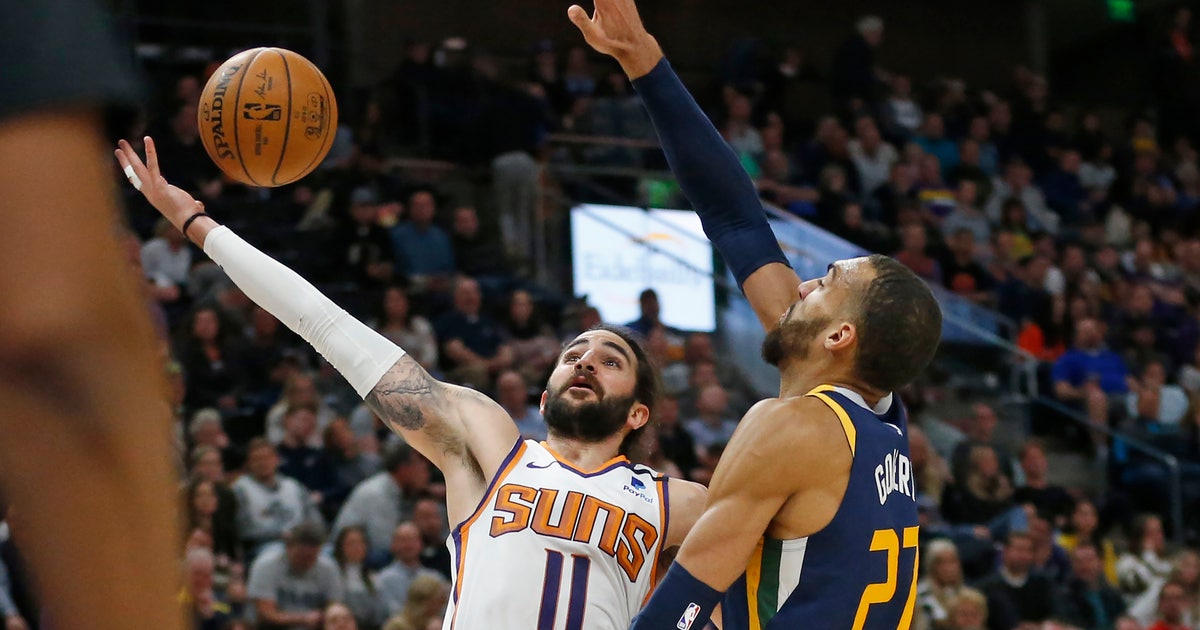 SALT LAKE CITY (AP) — Ricky Rubio had 22 points, 11 assists and seven steals to lead the Phoenix Suns TO A 131-111 victory over the reeling Utah Jazz on Monday night.

In his first game back in Salt Lake City after playing for the Jazz for two seasons, Rubio led an offense that shot 56% and seemed a step ahead of the Jazz all night.

Devin Booker had 24 points and 10 assists while Deandre Ayton added 16 for the Suns.

Donovan Mitchell scored 38 points and Bojan Bogdanovic added 16 for Utah. The Jazz made a season-high 37 free throws — on 43 attempts — but looked disjointed while committing 19 turnovers.

The Suns made three 3-pointers in a row to get some breathing room, and then Jevon Carter made a layup and Kelly Oubre dunked to take a 99-88 lead into the fourth quarter.

Oubre dunked over Gobert early in the fourth quarter and let him know all about it, drawing a technical foul.

Rubio made an off-balance 3-pointer from the corner that brought audible gasps from the Utah crowd. The knock on Rubio in Utah was that he wasn’t enough of a perimeter threat to keep defenses from sagging.

The Suns made their first five shots and set the tone early that if the Jazz weren’t going to stop their drives, they were headed for a big night. The Suns outscored the Jazz in the paint 66-42.

Rubio, who also had six rebounds, had 13 points in the first half as the Suns shot 59.5 percent and matched the Jazz at 62-62 at the break.

Known for their defense over the past few years, the Jazz suddenly can’t stop anyone as they dropped their third straight home game for the first time since early last season.

Suns: Ayton got a technical foul 8:00 before halftime. … Phoenix shot 65 percent in the opening quarter and still trailed 35-27. … The Suns had 33 assists.

Jazz: Former Jazz point guard Deron Williams sat courtside. … Quin Snyder was hit with a technical with 7:11 left in second quarter. … Mike Conley, Rubio’s replacement at the point, had eights and one assist.