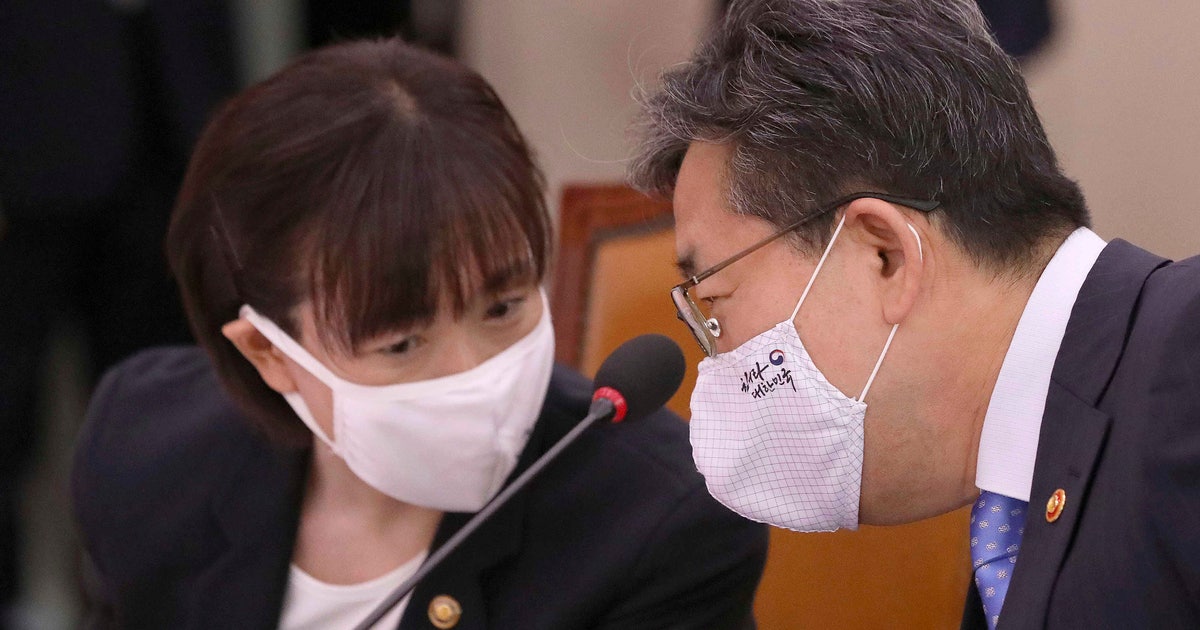 SEOUL, South Korea (AP) — Top South Korean officials on Monday offered a public apology and vowed to delve into the death of a triathlete who had reported to government and sports bodies that she had been abused by her team coach, physical therapist and colleagues.

Choi Suk-hyeon, 22, was found dead late last month, after sending a mobile chat message asking her mother to disclose the alleged crimes of people who abused her. Public outrage later erupted following media revelations that authorities didn’t quickly act even though Choi had registered petitions over the alleged abuses with several government and sports organizations.

On Monday, Sports Minister Park Yang-woo told a parliamentary committee meeting that he “feels heavy responsibility” for her death and apologized to her bereaved family and the South Korean public.

Vice Sports Minister Choi Yoon-hee told the same meeting that a 20-member investigation team was launched last week to find why authorities didn’t properly respond to the athlete’s petitions and whether related sports supervisory or support bodies functioned effectively over the case.

During the parliament’s meeting, the team coach, identified by lawmakers as Kim Kyu-bong, and two athletes accused of abusing Choi said that they had never beaten or abused her.

Police ruled Choi’s cause of death as a suicide because there was no sign of foul play. Police said they also analyzed the messages Choi sent to acquaintances in her final days, including one sent to her mother. They refused to disclose details about other messages.

The alleged abuses happened when Choi belonged to a team run by the local government of Gyeongju city in the southeast until last year.

Earlier Monday, two of her ex-teammates told reporters they and Choi had been beaten and suffered verbal and other abuses by the coach, the physical therapist and senior teammates. One of them said she and Choi were once forced to eat 200,000 won ($167) worth of bread while vomiting until dawn as a punishment for gaining weight.

The two women requested their names not be revealed, citing worries that media publicity would damage their private lives.

Gyeongju police said they had investigated the abuse allegations before handing over the case to a local prosecution office in late May. Police asked prosecutors to indict the coach, the therapist and two athletes for allegedly abusing Choi, a Gyeongju police officer said, requesting anonymity because he wasn’t authorized to speak to the media on the matter.

A petition registered with the presidential office, which calls for punishment of people responsible for Choi’s death, had garnered about 120,000 signatures as of Monday afternoon. South Korean President Moon Jae-in last Thursday called Choi’s death “unfortunate” and ordered officials to work out measures that can prevent similar cases.

Choi, a junior bronze medalist at the 2015 Triathlon Asian Championships, was first picked for the national team in 2015, while still in high school. Her last major race was in October, when she finished the South Korean championship in 14th place.

The abusive treatment of athletes has been a deep-rooted problem in South Korea, which considers achievements in Olympics and other international sports events as a source of national pride. Athletes often live in dormitories, where coaches often exercise overbearing control, and they skip school from a young age in order to perform well at athletic events, leaving them with less education and career choices, which makes it harder for them to resist unjust treatment, experts say.

In recent years, South Korean female athletes, wrestlers and judo and taekwondo players accused their male coaches of sexually abusing them. Members of the country’s silver medal-winning Olympic curling team, cheered as the Garlic Girls for their hometown’s famed produce, accused their former coaches of verbal abuse and holding back prize money.

Newly acquired LeVert out indefinitely for Pacers with mass on kidney