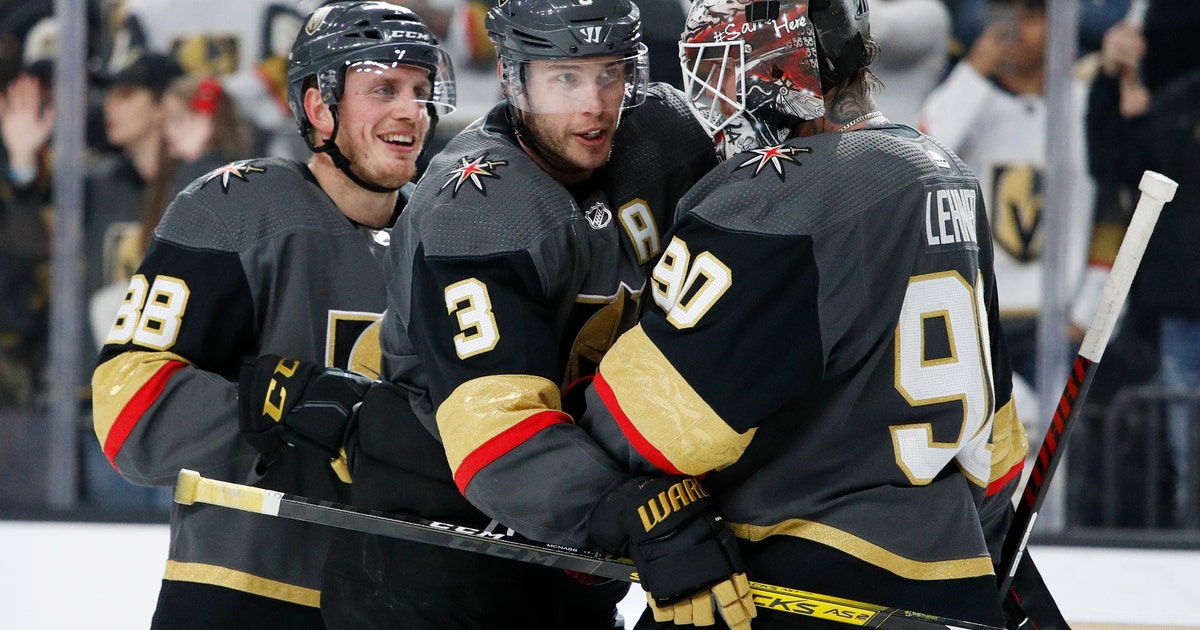 William Karlsson and Nicolas Roy also scored to help Vegas get its franchise-record eighth straight win and open a six-point lead ahead of Vancouver and Edmonton in the Pacific Division — the largest lead in the division by any team this season.

Karlsson got the Golden Knights’ offense charged in the third period when Max Pacioretty gathered the puck after his own miss and dished to the slot from behind the net. Karlsson was streaking in alone and one-timed the puck past Hutton, making it 2-1 at 3:06.

Lehner gave the announced crowd of 18,404 plenty to cheer about in his Vegas debut after being acquired from Chicago at the trade deadline on Monday. Offering an opposite style to athletic and acrobatic starting goaltender Marc-Andre Fleury, Lehner used his big body and methodical skills.

Buffalo captain Jack Eichel had recorded three two-point games in four career meetings with the Golden Knights, totaling three goals and three assists in those matchups, but was kept off the stat sheet on Friday.

The Sabres’ Carter Hutton was equally good as Lehner when his overzealous nature to play the puck in front didn’t give Vegas high-danger chances. Like on Vegas’ third goal, when Hutton was caught out of position on one side of the goal and allowed Smith to circle around the back of the net and wrap around an easy goal.

Hutton finished with 24 saves while Dominik Kahun and Jeff Skinner scored for the Sabres, who are in danger of missing the playoffs for the ninth consecutive season, which would extend the NHL’s longest active playoff drought.

Kahun wasted no time in his debut with the Sabres, after being acquired from Pittsburgh on Monday. Jimmy Vesey, playing in his 300th NHL game, capitalized on the forecheck by swiping a pass from Vegas’ Zach Whitecloud. He then found Marcus Johansson, who dropped off the puck for Kahun, who found the top of the net far side for his 11th goal of the season.

The Golden Knights tied it later in the first, when Nick Holden created a turnover near the neutral zone, and then led a rush across the blue line. Holden dished it to Nick Cousins, whose patience paid off for a perfect pass to Roy, who followed with an absolutely filthy deke on Hutton for the backhand-to-forehand goal.

Smith scored an empty-net goal, and Skinner scored for Buffalo late to provide the final margin.

NOTES: Vegas’ Mark Stone missed the game because of a lower-body injury. DeBoer said Stone was “still being evaluated” and did not specify the severity of the injury. Stone leads the Knights with 63 points. … The AHL’s board of governors approved the transfer of ownership of the San Antonio Rampage to the Golden Knights on Friday, as well as the relocation of the franchise to Henderson/Las Vegas. … Former Golden Knight Colin Miller returned for his first game at T-Mobile with Buffalo, after being traded in the offseason. Miller leveled Vegas forward Tomas Nosek, who left the game in the first period and didn’t return. … Miller is two games shy of playing in his 300th NHL game. … Smith’s 27 goals are a career high.