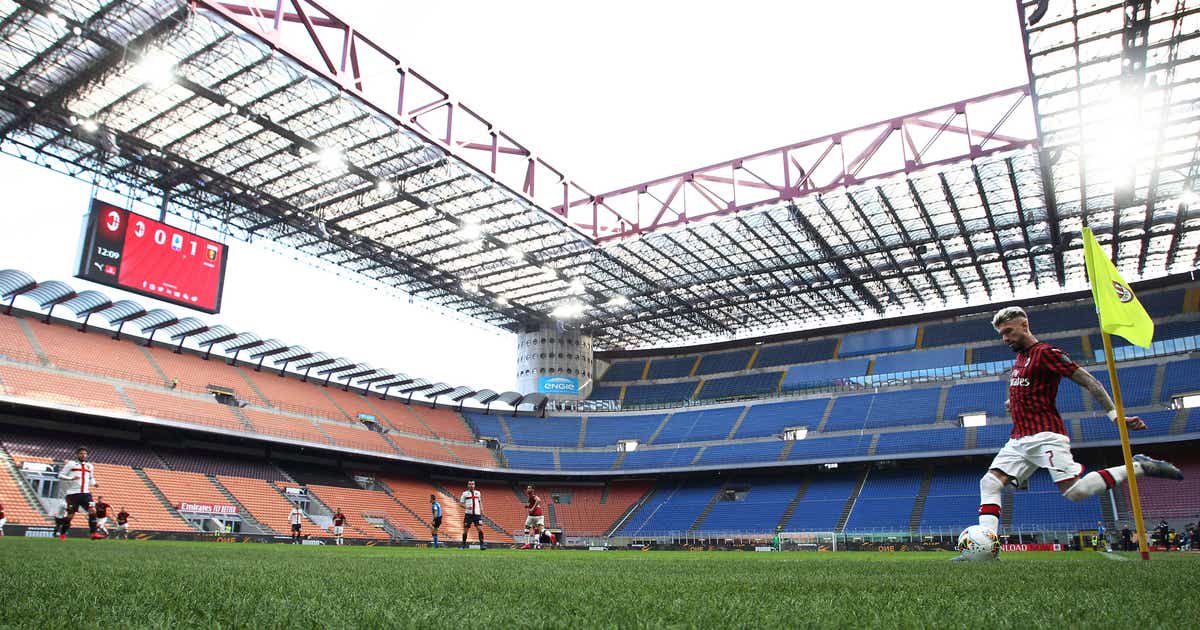 GENEVA (AP) — Top soccer leagues across Europe are searching for the earliest possible dates to resume games if the coronavirus pandemic allows.

They must make a plan, after governing body UEFA this week postponed its European Championship to 2021 to give clubs a chance to finish their seasons.

Italy’s Serie A said it hopes to play on May 3. Romania’s top-tier league says not before May 16. In Sweden, clubs asked to move their opening day back to June from April 3.

On Thursday, the English Premier League’s 20 clubs will discuss options to restart or resolve the most valuable domestic competition in world soccer.

Still, any forward planning seems a win for hope over expectation during the near-total shutdown that threatens the finances of some leagues and hundreds of clubs.

“You have no idea if it is going to be possible to play football at the end of May or the middle of June or even afterwards,” Lars-Christer Olsson, chairman of the 29-nation European Leagues group, told The Associated Press in an interview.

“Liquidity is the major problem now,” Olsson, a former UEFA general secretary, said in a telephone interview from Sweden. Typically, “a lot of income is coming at the final phase of the season when you have full stadiums.”

As head of the leagues’ group, Olsson is a member of UEFA’s executive committee which decided Tuesday to postpone Euro 2020. Clearing several weeks for club competitions to continue in late May and June — and maybe an unprecedented move into July — became Europe’s top priority.

To avoid financial and legal peril, games are needed to fulfill broadcasting contracts that have kept the soccer industry booming even through the 2008 global downturn.

“You have no gate receipts,” Olsson said of the shutdown, “and you have difficulties with your media partners who say, ‘We can’t pay you if we don’t have matches to show’.”

Bayern Munich chairman Karl-Heinz Rummenigge said last week games must be played even without fans due to “the big outstanding TV payments to the clubs.”

The wealthy Premier League, with global broadcast rights worth more than 3 billion pounds ($3.5 billion) per season, is stopped with runaway leader Liverpool still to play nearly one-quarter of its games.

Liverpool’s nine games could be played within one month. In Italy, title challengers Juventus and Lazio have 12 left. Juve also has at least one more Champions League game.

“The most difficult situation in the top leagues is in Italy,” Olsson said, identifying a key ally ahead for the soccer industry.

“It’s very important that each league or competition organizers are having a close cooperation with their government,” he said.

Federal, state and city authorities impose limits on public gatherings, and can prohibit soccer games for making excessive demands on security and health resources. Financial rescues could also be needed if the shutdown goes on.

“Football has to be seen as a major partner in the tourism industry,” Olsson said. “They are playing an important role in society even if they are a smaller club.”

The veteran official acknowledges empty-stadium games might be necessary as a transition when games can start again.

It is a time for compromise, and European Leagues already made a key one.

Exactly one year ago, a testy debate began over Champions League reforms. Some elite clubs have also coveted lucrative weekend fixture slots that domestic leagues protect as key to their traditions and business model.

All agreed this week to let UEFA competitions play on weekends if needed to get this season completed.

“It’s very difficult to have precise ideas,” Olsson said of the uncertain situation, though the Euro 2020 delay “makes it at least possible to start planning.”

Mike Pence: The Efforts We Have Made To Fight COVID Have Saved Thousands, If...