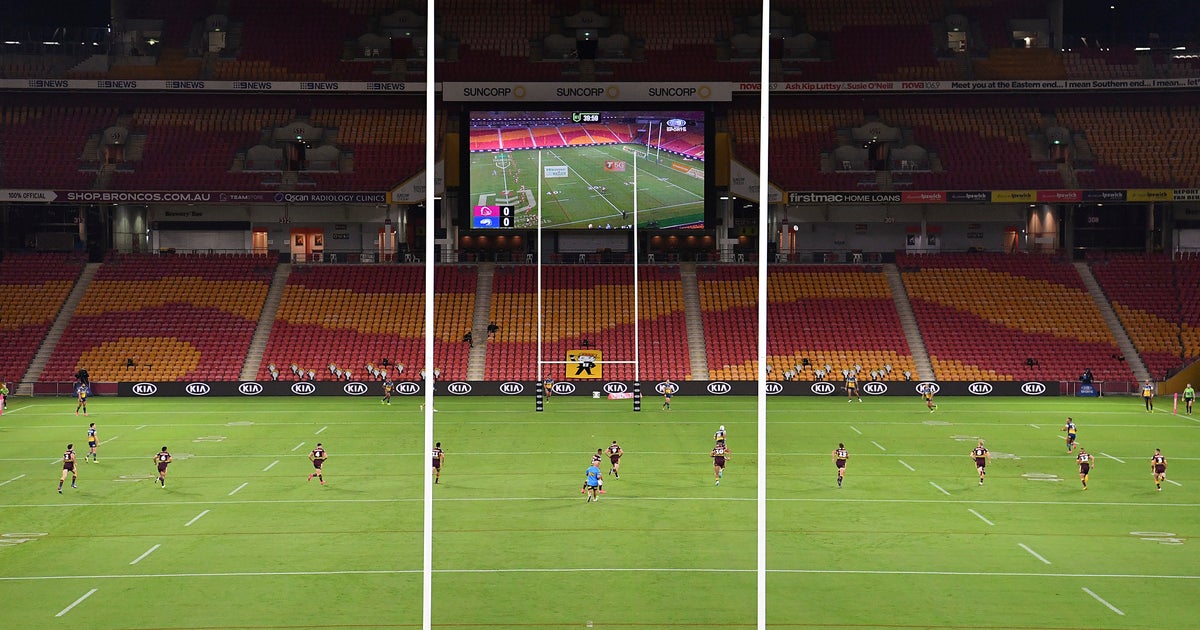 The losing captain thanked the winning team’s players for their personal sacrifices leading into the match. A charter flight pilot received a big round of applause when his plane beat incoming fog to touch down after midnight following another game.

There were as many feel-good stories off the field as there were on when the National Rugby League restarted its season on the weekend with empty stadiums and using only six venues in order to cut down on travel and better manage coronavirus threats that had shut down the league since March 23.

The New Zealand Warriors’ 18-0 win over St. George Illawarra was the Auckland-based team’s first of the season after three rounds, and it couldn’t have come at a better time. Due to international travel restrictions for international passengers into Australia, the Warriors arrived on May 3 and had to undergo two weeks of quarantine before beginning full training.

They will likely be without their families until October, when the NRL season ends.

That fact wasn’t lost on the Dragons, despite having lost three straight matches to start the season.

After the match, the Warriors gathered together on the field while St. George Illawarra captain Cameron McInnes addressed the team to thank them for their sacrifices to restart the league.

Warriors coach Stephen Kearney said the goodwill shown to the club from other NRL teams has been humbling — typified by the Sydney Roosters loaning Poasa Faamausili to the club for four weeks — although the Roosters had not won a game before the weekend.

“I was pretty pleased for the boys. I’m really proud of the way they’ve gone about the last couple of months,” Kearney said. “They’ve just got on with the job and that’s what I was most pleased about.

“It means a great deal to not only the group but to families back home. We’ve got a footy club that’s still operating, all our footy staff back home, administration and all of our fans.”

The Canberra Raiders, meanwhile, beat the Storm 22-6 at Melbourne then found themselves in a race to the airport. Their flight back to Canberra was set to be diverted to Sydney, with a three-hour bus journey to follow as fog closed in on the national capital.

That would have seen them arrive home around 5 a.m Sunday.

Canberra coach Ricky Stuart did his post-match media conference by telephone from the team bus as the Raiders rushed to Melbourne airport to try to have their flight moved forward.

“It looks as though we might be fogged out in Canberra and have to go to Sydney and bus home,” Stuart was quoted as saying by Australian Associated Press. “Apparently we won’t know until we are in the air … it will make for a tough week next week if we have to get on a three-hour bus trip after this flight.”

The Raiders managed to avoid that scenario when their flight landed in Canberra at 12:20 a.m., with a club spokesman saying the pilot got a “massive cheer.”

In pre-coronavirus shutdown days, the Raiders would have remained in Melbourne overnight at a city hotel and flew home in the morning. But with restrictions in place, charter flights before and after the matches — with teams arriving in some cases only four hours before a game — will become part of the norm.

The NRL said the opening match on Thursday, a 34-6 win by Parramatta over Brisbane, attracted its biggest television audience for a regular-season game in more than six years. A combined 1.273 million people tuned in to watch the match at Brisbane in the first live Australian sport played since March.

Any television audience figures wouldn’t have mattered much to Warriors back Gerard Beale, who said the players had become close during nearly a month of quarantine together and that motivation levels had translated into one of their best performances in recent memory.

“It was quite an emotional week. We had a lot of videos from back home that were sent over. All our families,” he said. “Going into the game, we were inspired by them and wanted to make everyone proud back home.”

US to prioritize cases of refugees delayed by travel ban

Gender-Neutral Sustainable Fashion – Andall Thinks Outside the Binary Box with...