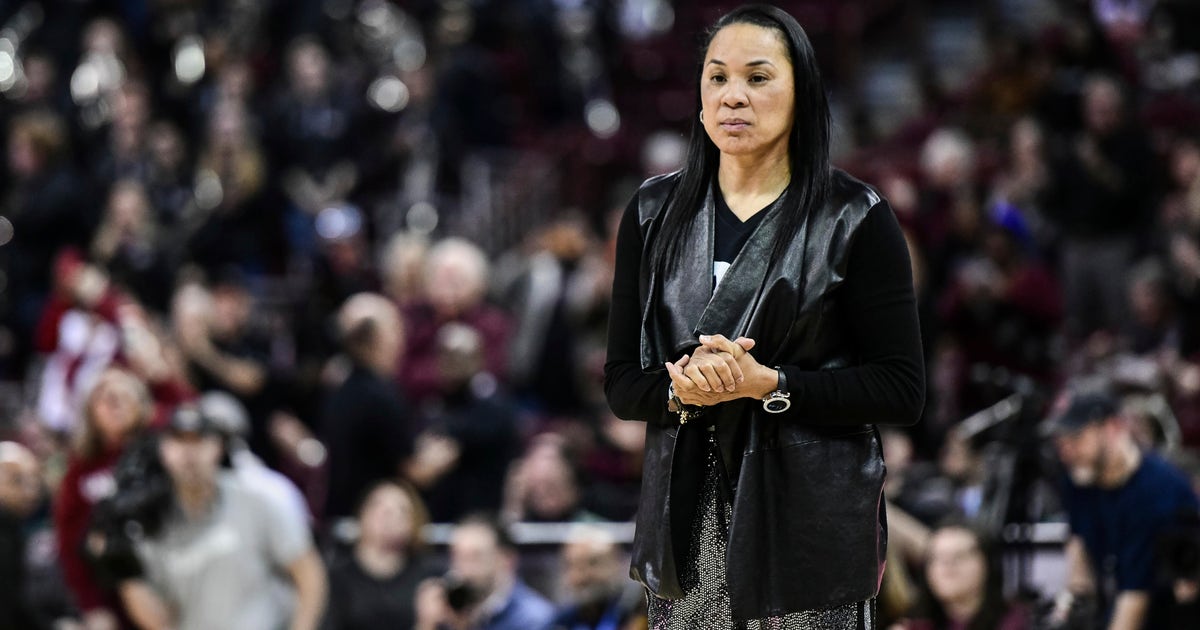 GREENVILLE, S.C. (AP) — South Carolina coach Dawn Staley brings more than just the No. 1 ranking, a 23-game win streak and a perfect 16-0 run through the Southeastern Conference into the league tournament this week: Staley has a piece of mind and confidence about how her young team will perform.

That’s different, she said, from how she felt about some of her other championship groups. Staley and the Gamecocks have won five regular-season SEC crowns and four league tournament titles the past seven seasons — that carried huge expectations into the postseason.

“We’re probably as solid of a team that I’ve ever coached,” said Staley, in her 12th season at South Carolina. “It feels good.”

The SEC Tournament starts Wednesday in Greenville and concludes with the title game Sunday. Staley’s top-seeded Gamecocks (29-1) and the rest of the top four seeds — No. 9 Mississippi State, No. 16 Kentucky and No. 15 Texas A&M — won’t begin play until Friday’s quarterfinals.

No. 25 Arkansas is the only other ranked SEC team. The Razorbacks, who reached the finals a year ago, open against either Auburn or Vanderbilt in Thursday’s second round.

South Carolina will play the winner of another second-round game, Georgia vs. Alabama.

Staley was anxious when the season began at how quickly freshmen Aliyah Boston, Zia Cooke and Brea Beal — all part of South Carolina’s No. 1-ranked recruiting class last spring — would adapt to the college game and make an impact.

It was almost immediate and things have continued on a upward trajectory much of the season. The team hasn’t lost since Thanksgiving Day and carries a program-record 23-game win streak into the postseason.

Harris was starting in the backcourt for the 2017 national champs while Herbert Harrigan came off the bench behind A’ja Wilson and Alaina Coates.

This time, Herbert Harrigan is front and center. She leads the Gamecocks in scoring at 12.8 points a game and had 20 points to lead the team this past Sunday as South Carolina wrapped up its second perfect run through the SEC in four years.

Some other things to watch during the SEC Tournament:

IF NOT SOUTH CAROLINA

Mississippi State finally broke through for the tournament crown last season after getting snakebit so often the last few years by South Carolina. The Gamecocks outlasted the Bulldogs for the crown in 2016, 2017 and 2018, the last when Mississippi State was the regular-season champ and top seed. Bulldogs coach Vic Schaefer its been a difficult and rewarding season with several young players on floor. “My job is to show them how good they can be,” he said.

The SEC’s top two scorers in Kentucky’s Rhyne Howard and Texas A&M’s Chennedy Carter appear to be past earlier injuries entering the league tournament. Howard, the leader at more than 23 points a game, had 26 points last game in a loss to Vanderbilt. She fractured a finger in late January, but has scored 20 or more points in each of her six games since returning. Carter has also missed time, seven games, with an ankle injury. She’s averaged just under 20 points a game since coming back last month.

If things go South Carolina’s way, it will have an easy path — at least logistically — until the Final Four. The SEC Tournament site is about two hours from the Gamecocks campus. Then come the first round of the NCAAs at their home arena before a likely spot back in Greenville for the regional. “Someone said we won’t have to get a plane until the Final Four,” Staley joked.

The SEC women have one more year in Greenville in 2021 before going to Nashville in 2022. Sites beyond that have not yet been announced.

Tucker Carlson: The American Media Will Never Be The Same After...