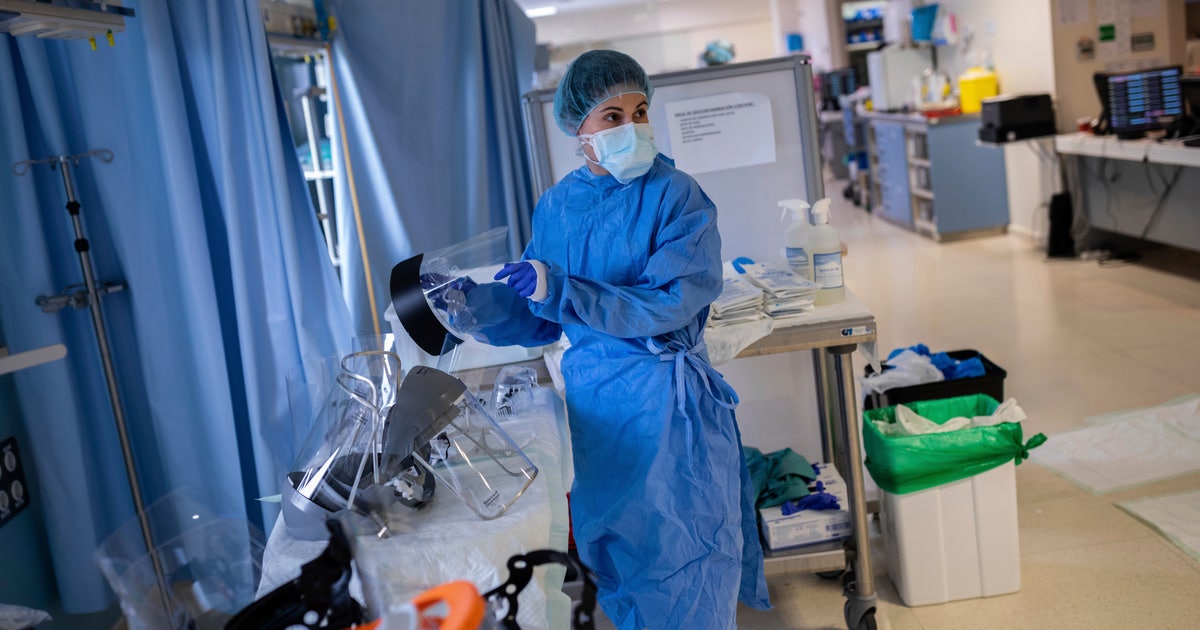 MADRID (AP) — Like for many people, things have changed for doctors at one of Spain’s top sports medicine clinics.

Instead of performing shoulder and knee surgeries or helping athletes recover from injury, they are now putting patients on ventilators and working to save the lives of people infected with the coronavirus.

The Clínica CEMTRO is one of the many private medical centers in Spain that are now being used to treat COVID-19 patients in the hard-hit European country that has registered nearly 190,000 confirmed cases of the virus, behind only the United States.

The clinic is one of three in Spain recognized by FIFA as a “medical center of excellence.” It was pulled into action after the country reshuffled its health system as the government declared a state of emergency and took control of all private hospitals and clinics.

Clínica CEMTRO medical director Ángel Galindo said that until recently one in every five COVID-19 patients in Madrid was being treated in private hospitals.

“It was a big challenge to change all of our human and material resources, from the basic to the most complex ones,” Galindo told The Associated Press. “We were not used to treating these types of patients. Everything is a lot more difficult to our staff now.”

Among the staff at the clinic was Ana de la Torre, who works for Getafe and was the first woman team doctor in Spain’s top division.

The clinic suspended most of its regular activities in mid-March when the Spanish government declared the state of emergency that is expected to last at least until April 26. It had to transform itself in a short period of time, changing its routine and using nearly all of its resources to treat the coronavirus patients. The staff had to be retrained to learn new medical protocols and how to protect themselves.

The changes took a toll both physically and emotionally.

“When you have surgery, you have a timetable for everything, you more or less know when you will recover and when you will go back to your activity,” Galindo said. “The problem we have now is that we know when we start the treatment, but we don’t know when it will end. Emotionally, that is very exhausting.”

The clinic’s staff start their days sitting individually at separate tables during breakfast to reduce the risk of infection. Protective gear is now part of their daily equipment, and some wear numbers and names drawn on the back of their protective suits, in a similar way to soccer jerseys.

Galindo said he sees the clinic as a soccer team, where everyone has to pitch in.

“Strikers alone can’t score goals,” he said. “You need a goalkeeper and defenders and the whole team. I think at CEMTRO we have that, from the cleaning staff to the maintenance staff, administration staff and health care staff. Everyone has come together as a team so we can overcome this very difficult situation.”

The clinic still attends to patients who require emergency treatment for injuries, but the staff is mostly dedicated to the COVID-19 patients who are sent by the public hospitals that have been overwhelmed in recent weeks.

Nearly 19,500 people have died in Spain with the coronavirus. About 75,000 have recovered.

The Clínica CEMTRO currently is not being paid by the government for its services even though most of its resources are now used to treat the coronavirus patients. The government has helped by providing medications and some of the protective gear, but not financially.

“It’s not the time to talk about that,” Galindo said. “Right now we are just trying to help these patients. We are doing our part as a private entity. Everything else will be discussed later.”

Mike Pence: Couldn’t be more proud of DOJ for standing with Virginia church

Brewers pennant chase: Coming down to the wire