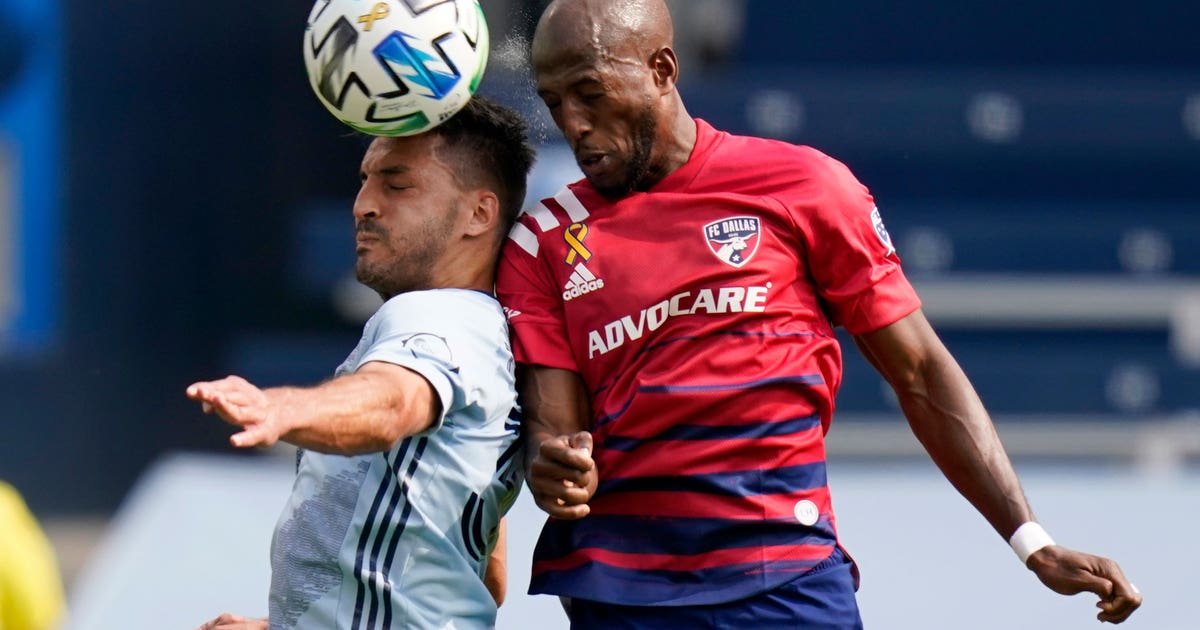 FC Dallas (5-2-4) has won three straight to move within a point of second-place Sporting Kansas City (6-4-2) in the Western Conference.

Sporting KC tied it at 2 on Johnny Russell‘s second goal of the half, a header in the 83rd minute. Three minutes later, Sporting KC’s Graham Zusi passed the ball back to goalkeeper Tim Melia, but Melia couldn’t clear it and Hollingshead tapped in an easy goal from inside the 18-yard box.

Jara scored a diving header on a cross from John Nelson in the 42nd minute. Sporting KC again couldn’t clear the ball off a set piece and Jara tapped it in for his fifth goal of the season in the 48th.

Russell also scored in the 53rd minute and has five goals this season. Sporting KC tied a club record with at least one goal in 12 matches to start the season.