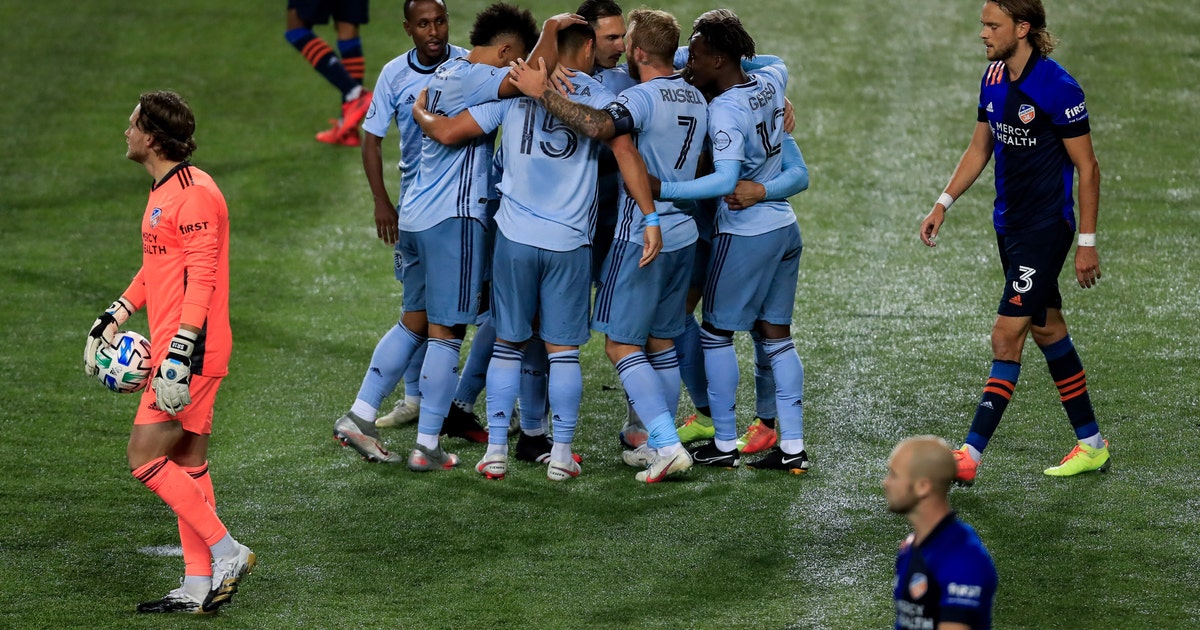 Tim Melia made two saves to become Sporting’s career leader with 510. Melia broke the record with his first save, a deflection off Jurgen Locadia’s left-footed shot to the near post in the 46th minute.

Cincinnati had chances in the second half. Siem de Jong’s penalty kick hit the right post in the 63rd minute. Brandon Vazquez‘s chipped a shot off the post in the 88th.

It was Cincinnati’s last game at Nippert Stadium. Cincinnati will play next season at West End Stadium.

Vermes on clinching a playoff spot: “I think every team’s goal in this league is to make the playoffs. … We’ve got to keep fighting here with the last couple games of the season and get ourselves to a place where we have a home playoff game and maybe some home-field advantage.” pic.twitter.com/GigjmexXS3

Chris Hayes: We Need To Acknowledge There Will Be No “Self-Regulation” In GOP, “No...