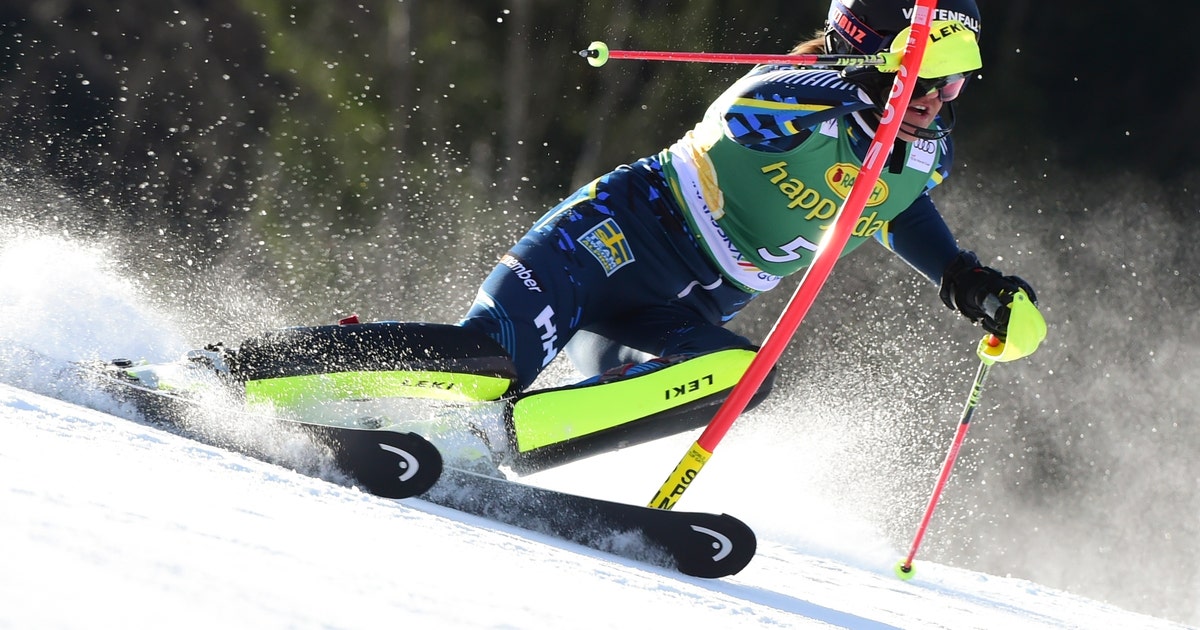 Swenn Larsson could snap the three-year-long winning streak of Mikaela Shiffrin and Petra Vlhova, who combined have won the last 25 slaloms.

Vlhova was 0.92 seconds behind Swenn Larsson in fourth while the American three-time overall champion was sitting out the race, taking a break from skiing since the death of her father, Jeff Shiffrin, two weeks ago.

Swenn Larsson’s former teammate Frida Hansdotter was the last skier other than Shiffrin or Vlhova to win a World Cup slalom, in Flachau in January 2017. Hansdotter added the Olympic title in 2018 before retiring last season.

In sunny conditions, Swenn Larsson carved out a lead of a half-second over Nina Haver-Loeseth of Norway, with Switzerland’s Wendy Holdener 0.11 further back in third.

Vlhova was the only other competitor to finish within a second of the lead. The Slovakian won the last two slaloms and finished on the podium in 12 of the last 14 races.

Vlhova currently trails Shiffrin by 80 points in the discipline standings and could overtake the American if she wins the race.

Regardless of the outcome of Sunday’s race, Shiffrin will remain in the lead of the overall World Cup ahead of Italy’s Federica Brignone, who sporadically competes in slaloms, and Vlhova.