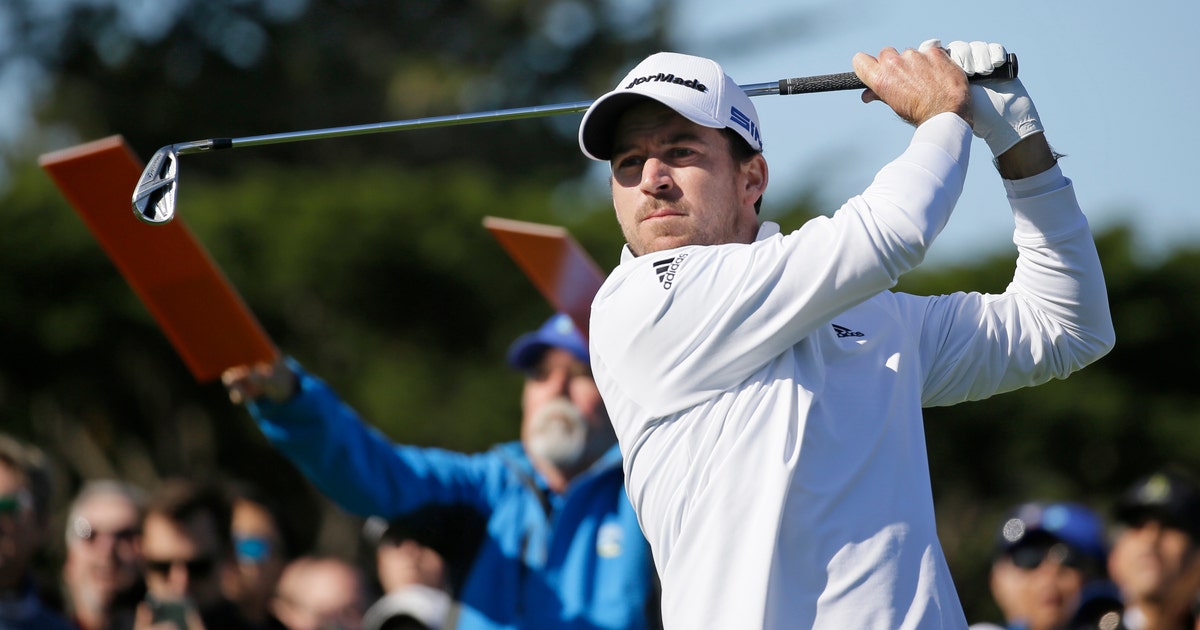 PEBBLE BEACH, Calif. (AP) — Nick Taylor had more trouble with the wind than he did with Phil Mickelson. The Canadian managed both just fine Sunday and won the AT&T Pebble Beach Pro-Am for his second career victory.

With the gallery eager to see Mickelson add a record sixth victory at Pebble Beach, Taylor showed plenty of moxie in building a five-shot lead at the turn and then holding on when 40 mph gusts blasted the Monterey Peninsula.

He closed with a 2-under 70 for a four-shot victory over Kevin Streelman (68). Mickelson, who closed within two shots with four holes to play, shot 74 and finished alone in third. He has won, been runner-up twice and finished third in his last four starts at the Pebble Beach Pro-Am.

Taylor won in his fourth start as a PGA Tour rookie at the 2015 Sanderson Farms Championship in Mississippi, at the time an opposite-field event that didn’t feature any of the top players. He went 146 starts on the PGA Tour until his next victory, and it was a big one.

The victory gets him into the Masters for the first time, along with the PGA Championship up the coast at Harding Park in May. In his sixth year on tour, Taylor has played only two majors as a pro.

“That was amazing,” Taylor said. “I believed I could do it because I’ve done it before. But to do it in that fashion, playing with Phil, gives me a lot of confidence going forward.”

Taylor started the final round with a one-shot lead over Mickelson, and they were tied after Lefty got up-and-down from a bunker on the par-5 second.

And then it got ugly for Mickelson.

He went over the green at No. 8 and played an aggressive chip that rolled by the flag, down the slope and back into the fairway. He pitched the next one too far and made double bogey, and then made bogey on the ninth as Taylor holed a 7-foot birdie to go five shots ahead.

Thanks to the wind, it wasn’t quite over.

Five holes later, Mickelson had cut the lead to two despite having only one birdie putt, a tap-in on No. 10. Taylor ran into tree trouble off the tee at No. 11, flew the green into a back bunker on No. 12 and then took double bogey on the par-5 14th hole when he found a bunker off the tee, could only advance it about 100 yards and took five to reach the green.

The wind was blowing so hard at that point that Taylor’s cap blew off his head and he had to chase it down the fairway before hitting his third shot from 227 yards away.

Mickelson, however, missed his chances to capitalize on Taylor’s mistakes.

He came up short of the 11th green from just under 100 yards with Taylor in trouble. He didn’t hit a green in regulation after his tap-in birdie on the 10th until his tee shot on the par-3 17th that settled 40 feet away.

He finished at 19-under 268, earning a two-year exemption on the PGA Tour.

Mickelson wasn’t the only player who struggled. Dustin Johnson shot a 78. Matt Every, in the third-to-last group, shot 80. Jason Day closed with a 75.

The best round and best finish belonged to Jordan Spieth, who chipped in to save par on his final hole for a 67. It was the low round of the day and enabled Spieth to finish in a tie for ninth. That narrowly moves him back into the top 50 and makes him eligible for a World Golf Championship in Mexico City in two weeks.

Streelman also leaves with a trophy. He teamed with Arizona Cardinals receiver Larry Fitzgerald to easily win the pro-am for the second time in three years.

Trump: FOX News Wants To Be Politically Correct All Of The Sudden, My Base...