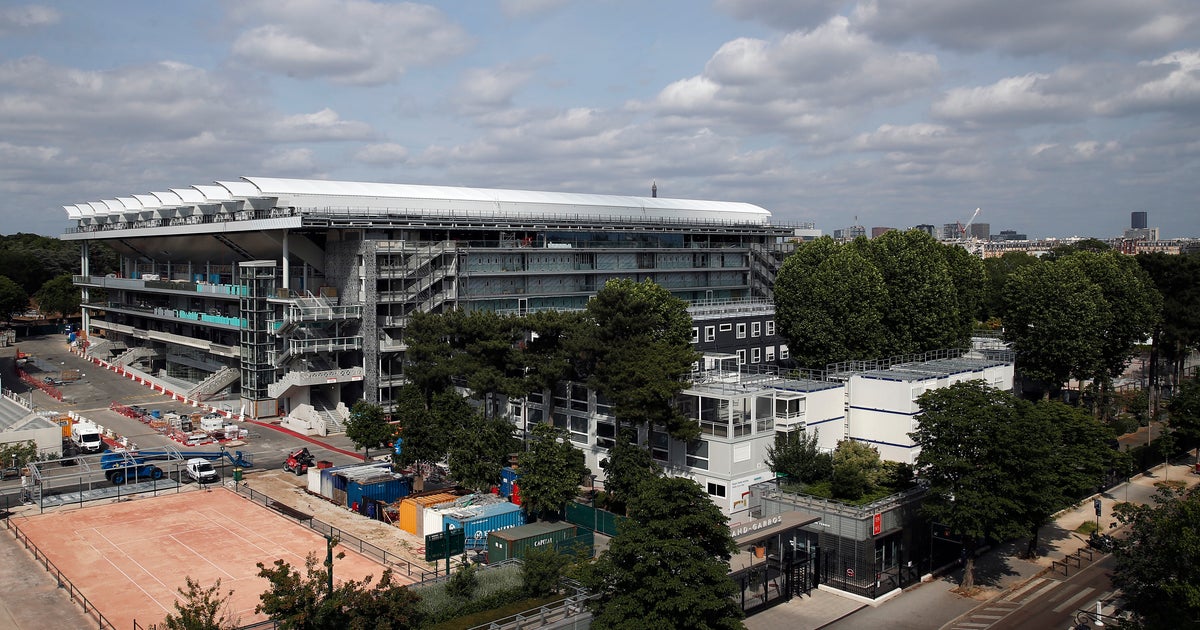 Not Sunday at the French Open. Nobody was there. Maybe they will be in September.

It should have been the first day of the clay-court Grand Slam tournament held annually at Roland Garros — with thousands flocking to catch a glimpse of Rafael Nadal, Novak Djokovic or Serena Williams.

Instead, the grounds in leafy western Paris were deserted on a sunny, blue-sky day because of the coronavirus pandemic.

“Every year it’s Roland Garros time, it’s a bit like tennis fever. I was looking forward to seeing quality tennis and having a day out again. There’s a certain mood, an atmosphere,” said 34-year-old Hector Snowman, who attended the tournament in 2019. “You see stars walking around there, it feels like a privilege to be there. Everyone’s expecting a French player to do well and they have their favorites like (Roger) Federer.”

Court Philippe Chatrier, where 15,000 fans cheered Nadal’s record-extending 12th title last June, wouldn’t have needed the new roof that was supposed to debut in case of rain this year.

Viewed from outside, peering through one of the site’s imposing iron gates, the towering roof looked grandiose with its 11 large sections, each 110 meters (360 feet) long and weighing 330 tons (660,000 pounds).

Also visible: construction equipment left behind when France went into lockdown on March 17 littering the inside of Roland Garros.

In early February, the French Tennis Federation proudly released a video to announce the roof was ready. A few weeks later, people were sheltering in place as the nation went into confinement. Soccer, rugby and tennis events all got called off.

If the French Open does start as hoped on Sept. 20, it might have to be played with no spectators present on the 17 courts for health and safety reasons. The maze-like grounds of Roland Garros are narrow, crammed, stuffy and sinewy, making social distancing impossible.

That would mean 10,000 fans missing out on watching Djokovic or Nadal on Court Suzanne Lenglen in the early rounds, and it would dash the FFT’s hopes of beating the record 520,000 fans who came to watch last year.

Normally thousands of people would be pressed together on the surrounding streets, preparing to go through security as they walked toward the entrances down Avenue de la Porte d’Auteuil or Avenue Gordon Bennett. As folks waited in line to get checked, the chatter might have been something along these lines:

— Can Nadal win a 13th championship in Paris to raise his total of major trophies to 20 and equal Federer’s record for men?

— Will Djokovic claim an 18th major title to close in on Nadal and Federer?

— Can Ash Barty repeat her 2019 French Open triumph, which earned her her first major championship?

— Could Dominic Thiem, a runner-up to Nadal the past two years, finally win his first major?

But on this day, the long lanes leading to the stadium looked like any other tree-lined street in Paris. There were no stewards barking out instructions or beefy security guards checking bags. No panama-hat wearing volunteers guiding fans around or checking tickets.

Normally it would take 15 to 20 frustrating minutes to walk from the Porte d’Auteuil subway station to the main entrance. On Sunday, it took just six minutes.

There was plenty of time and space to admire the Jardin des Serres d’Auteuil, whose gardens stand opposite Roland Garros and have been there since 1898; the four white statues in front of the main gate look imperious under a cloudless sky.

Only handfuls of people walked down the avenue or rode bikes, some wearing protective masks.

One woman in a blue face covering stopped twice to take photos.

The first time, she photographed the roof. The second time, she walked around the corner and snapped a shot of the stadium entrance.

Normally, that would not be visible with the amount of people around on Day 1 of the French Open.