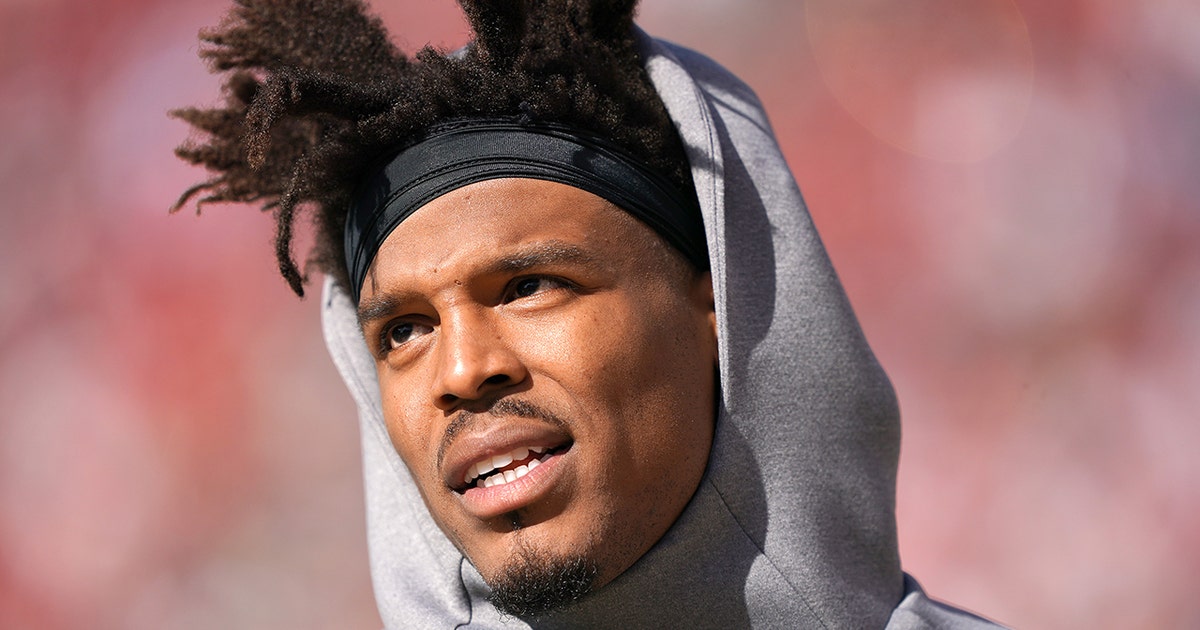 Now, the chatter can officially begin.

In classic New England fashion, the Patriots swooped in at the last minute and struck a 1-year deal with former NFL MVP Cam Newton over the weekend, worth up to $7.5 million.

Our Jay Glazer expanded upon the deal on Sunday.

“Very Patriots-like deal. Very, very low-risk for them … but a high-reward. How many times have we seen Bill Belichick take an older player and reignite them and put more gas in their tank, extend their career and get a lot of mileage out of them toward the end of their career? We’ve seen it over and over and over again. Wouldn’t be surprised if he does it with Cam Newton.

“This is a low risk, high reward move for the Patriots.” @JayGlazer gives his thoughts on Cam Newton going to New England ⬇️ pic.twitter.com/tPGTJeN6pu

After the Patriots’ signing of Newton,  NFL players immediately began to share their opinions, with most expressing excitement for Newton’s return.

Couldn’t be happier for @CameronNewton! Patriots are getting a stud!! 👏👏👏

Cam getting signed is the best news any of us has heard in a very long time!!!

However, one NFL superstar was not thrilled over the terms of the deal.

How many former League MVPs have had to sign for the min? (Asking for a friend.) just ridiculous. A transcendent talent and less talented QBs are getting 15/16m a year. Disgusting https://t.co/eZycGL8qkZ

Richard Sherman has never been one to mince words, and on Monday morning, it was the sports pundits’ turn to chime in, including our Skip Bayless and Shannon Sharpe.

Bayless said that a “desperate” Bill Belichick made the right move by bringing in Newton, because second-year quarterback Jarrett Stidham would not be able to handle the pressure of stepping in for Tom Brady.

“What do I think of this overall move? I thought it was, finally, a very good move by Bill Belichick, but I still don’t think they will be a very good team … Bill just helped his cause a whole lot. In fact, I’m gonna say he improved by five games, but I thought they were looking at 4-12 with [Jarrett Stidham] as the quarterback.”

“I will give you this: Cam Newton is the perfect possible replacement for Tom Brady. He will not be afraid of that challenge. There are only a handful of quarterbacks who could step into those shoes in Foxborough and be ok with the pressure.”@RealSkipBayless pic.twitter.com/5ZyyHXpmyq

Bayless, however, still has his doubts as to just how productive Newton will be in New England, given we haven’t seen a healthy version of the 2015 MVP in over a year.

“I’m not quite sure we’ll ever see 2015 Cam again because he died for [Carolina’s] cause. The stat is that since 2011, his first year in the league, no quarterback has taken more hits. He’s just runaway with most hits taken, over the last nine years, of any quarterback in the National Football League … He wound up with a bum shoulder – surgery for that. And then the surgery on the foot. And I’m not sure how right he is right now.”

The numbers don’t lie – Newton has indeed taken a boatload of hits during his highlight-heavy nine professional seasons.

Newton, according to ESPN Stats & Information research, has been contacted (sacked or hit while throwing or rushing) 1,304 times since 2011. Seattle’s Russell Wilson is second at 942. Rodgers is at 669.

When this dude is healthy LOOK OUT!

Sharpe, similar to Bayless, believes the Patriots upgraded at the QB position by signing a “motivated” Newton, but wants to see how healthy Cam is coming into the 2020 season.

“How healthy is Cam? Over the last several years, Cam has been injured … When you go out there, people don’t care what it took for you to get out there. All they see is No. 1, they see ‘Newton’ on the back, and they expect those Superman-ish type plays. Well, he hasn’t been able to give them to them for awhile for the simple fact that he’s injured. I believe this works out really well for both sides … He is motivated.”

“Cam Newton is a former MVP, ROY and the talent is there. Once Cam is up to speed, he will be the starting QB for the New England Patriots.”@ShannonSharpe pic.twitter.com/sMPZVZw3al

Brady, Mahomes set to face off in a Super Bowl that will feel markedly different

In the shadow of dominant offense, Chiefs’ defense again delivers against Bills

Gophers’ Coughlin selected by Giants in seventh round