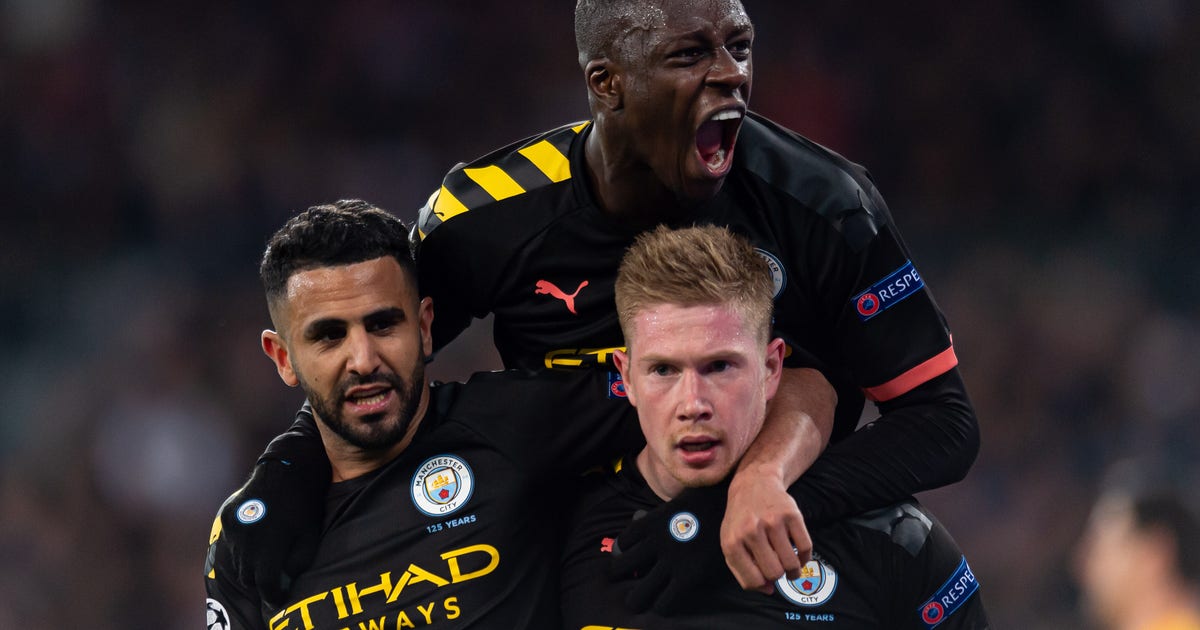 In today’s FOX Sports Insider: Manchester City starts us on the path toward the weirdest Champions League possible … the Tom Brady saga takes a very, very interesting turn … and John Cena gives us an amazing GIF.

The likeliest outcome of this season’s Champions League would also, by far, be its weirdest.

Manchester City, having completed a mightily impressive 2-1 round of 16 first leg victory over Real Madrid at the Spanish giant’s Estadio Santiago Bernabeu fortress on Wednesday, were installed as the favorite to go on to lift the trophy (at +275, per FOX Bet).

🔵 Manchester City have beaten Real Madrid for the first time in their history 💪#UCL pic.twitter.com/cw0eVart0E

It is not hard to see why. Winning at the Bernabeu is a serious proposition, serious enough that it doesn’t happen very often. No English side had won there for 11 years. It was only the second time Madrid had lost a Champions League home game after scoring the opening goal. Since coach Zinedine Zidane took over, Madrid had won its previous 12 elimination round matches.

Yet City – backed by billions in Middle Eastern oil wealth from its owner Sheikh Mansour – was built to thrive on the biggest stage of all, stocked with world class players throughout its roster, a fact we saw on full display Wednesday in the comeback victory.

City fans ended the night chanting the name of Sheikh Mansour inside the Bernabeu – but before that hailed their conquering heroes #mcfc pic.twitter.com/AKkppBivBl

Despite winning the English Premier League in both of the past two years, City have never gone all the way in the Champions League — the toughest and most grueling club competition in the world, where the big boys do battle and elite players forge their reputations. But the talent, the coaching, and the early results are all there.

And if they do so this time … yeah, it’s going to be a bit strange.

Because, barring a last-ditch legal overturn, City will be banned from playing in European competitions for the next two seasons. In a powerful show of force, soccer’s European governing body, UEFA, made a stand against what it claimed were severe breaches of soccer’s Financial Fair Play regulations.

Those rules are supposed to prevent the wealthiest clubs from gaining an unfair advantage in the transfer market at the expense of smaller, less prosperous opponents. In truth, it doesn’t really work, but still City overstepped the boundaries by allegedly inflating the value of a sponsorship deal in order to flout the restrictions on what they could spend on players.

“To suggest that Manchester City could ever catch Manchester United through sustainable organic growth is nonsense.”

So, the potential scenario is thus. City could crown the finest achievement in its history in the Champions League final on May 30 by winning the event for the first time and establishing itself and the kings of European soccer.

And then … nothing. No defense of the title. No reappearance alongside the likes of Madrid, Barcelona, Bayern Munich, Juventus, Paris St. Germain et al. Not for two years. Nothing but domestic EPL action and the English cup competitions.

For some teams, this might not be too much of a problem. Indeed, juggling the various requirements of domestic and European action is an issue top clubs have wrestled with for years.

Yet most clubs are not Manchester City. When you have the financial firepower to acquire pretty much whatever player you choose, you end up with a squad filled with some of the best talent in the world, at the height of their prime.

Loyalty is a fluid concept in soccer to begin with, and the top talent in the City locker room may not be overly enthused at the prospect of missing out on two years in soccer’s ultimate showcase.

Head coach Pep Guardiola’s tactical nous was key in Madrid, but it was also a performance that showed how much the big players matter. Kevin De Bruyne adapted neatly to a shift that pushed him into an advanced position as City sought to nullify their rival’s attacking threat.

“I’m happy for the victory and the performance as well,” Guardiola said. “It’s not over. There’s one team in the world who can overcome everything, and it’s this club, but for our people, hopefully we can make a good performance and go through.”

2 – Pep Guardiola is only the second manager to win two Champions League away games against Real Madrid (after Ottmar Hitzfeld), and the first to do so with two different clubs. Mastermind. #RMAMCI pic.twitter.com/DzsV2eJidd

De Bruyne, the EPL’s best player this season and one of the top 10 players on the planet, belongs in the Champions League. He as much as anyone has been responsible for the club’s surge. Against Madrid he was the best player on the field, never flustered, always thinking, and hugely instrumental.

Raheem Sterling was brought off the bench as an impact player and won the foul call that resulted in De Bruyne’s winning penalty kick.

De Bruyne, Sterling, Sergio Aguero and Guardiola, too, would be heavily sought after by any major European team. Until now, City has had such an upper hand in money matters that it has rarely had to worried about its top performers being susceptible to the advances of others. But now, with the Champions League ban, the others can offer something they can’t.

The conundrum even prompted ESPN’s Mark Ogden to question whether City winning this season was really in the team’s best interests.

The Champions League has become Man City’s Holy Grail, but winning it this year could prove to be a poisoned chalice https://t.co/1zAuZbXHVa

“Champions League glory in May in Istanbul could prove to be a poisoned chalice rather than the Holy Grail,” Ogden wrote. “If they win the Champions League, there is nothing else for their array of stars to achieve at the club, and such glory could trigger an exodus sparked by ambition and harsh realities.”

City have announced their plan to fight the ban, but face an uphill task. Upheaval is coming. Guardiola is no certainty to stay anyway, despite what he has said publicly, and being out of the Champions League could increase his appetite for a fresh challenge.

BREAKING: Manchester City has filed an official appeal at the Court of Arbitration for Sport (CAS) against a two-year ban from European competitions.

Of course, there is still much that could happen. The second leg is on March 17 and Madrid, even coming with a deficit and away from home, can never be discounted. City would then need to get past three more elite rivals in order to win it all.

But they are the favorite for a reason, and while Liverpool is dominating the EPL this season, no one looks stronger than City on the European stage. What lies next is anyone’s guess. Imagine the Lakers winning the NBA title this season and then being prevented from defending it next year?

A weird outcome and a weird situation — for an exceptional team.