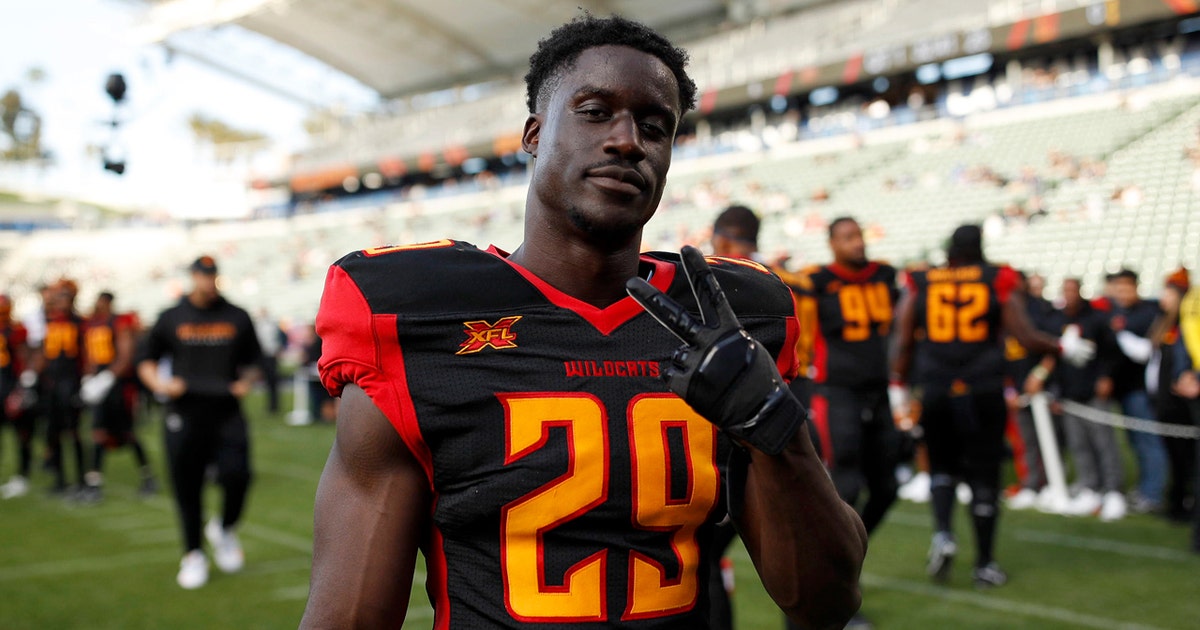 Farewell then, XFL, certainly for now and maybe forever.

And it really is a fond farewell, the kind reserved for things that go away purely because of bad luck and with nothing to blame for it, in this case, except a virus.

While the XFL’s first iteration in 2001 was a gimmick-laden spectacle that disintegrated due to the simple fact that it couldn’t sustain the public’s attention, the 2020 version was the opposite.

It was about entertainment, sure, but it was first and foremost about producing football of a solid enough quality to appeal to the hardcore, while showcasing innovations and renovations designed to make the game better.

The XFL was real football. It wasn’t smoke and mirrors. Not everything worked, but it was all made with the best of intentions. In the five weeks the XFL was up and running, it gave us a glimpse of something that many thought impossible: the concept that a secondary, supplemental pro setup could exist to fill some of the interminable NFL gap between the Super Bowl and Week 1.

Now it is gone, all of it. On Friday, the league suspended operations and laid off virtually all of its staff, amid reports and admissions that there were no plans to play in 2021, and no thoughts given to resuming at any other point beyond that.

“It’s bittersweet,” FOX Sports rules analyst Dean Blandino, who served as the XFL’s head of officiating, told me via telephone on Monday morning. “Everyone involved took a lot of time to prepare and get things right, and it showed. It had this very real, very positive feel to it, and people were really starting to like it. I feel good about being a part of it, and I think it made a lot of people feel good — but how do you prepare for this, or anticipate it? It is so far beyond anyone’s imagination.”

There were good people in the XFL, folks who managed to make those five weeks both fun and serious, and eminently watchable. Oliver Luck was a commissioner with some gravitas; Blandino championed new rules that added significant intrigue.

There were one, two and three-point conversions, a double forward-pass rule and, Blandino’s favorite, a kickoff system that kept exciting returns in the game while simultaneously enhancing safety. All of it — the rules, the presentation, the quality of play, the excitement, the fan engagement — added up to a whole far greater than its parts.

The XFL was working. It felt like it was going to work, and for a long time.

Now, it’s gone. And we will miss it dearly, as will the participants.

The defining statistics that will linger in history from the time of this COVID-19 pandemic are those that refer to the shocking numbers of human lives that have been taken. That is, of course, how it must be, and nothing matches it in terms of seriousness.

👏👏👏 All the appreciation & praise goes out to our health care workers 👏👏👏#WorldHealthDay pic.twitter.com/3Fnheiyyjv

Yet there are other aspects of our existence that are melting away the longer things persist as they are. When a business shuts down like this, it means a whole lot more than some rich investors losing part of their wealth. It means the disappearance of jobs, from players and coaches to assistants and administrative staff and publicists and cooks and cleaners and every other position that you need to run a professional sporting outfit.

For some of the regular staff, it likely means a trip to the unemployment office. Hopefully future gainful work beckons, though there is a lot of competition for positions out there. For the players, it is, for most of them, the final roll of the dice.

“It is just sad,” Blandino added. “For many of the players, this was their last opportunity to realize their dream of playing in the NFL or going back to it. Then there are other people who have lost full-time jobs, just like is happening elsewhere. It is a great shame. There are a lot of people involved – and a lot of people that you feel for.”

A few players will land on NFL rosters. Houston Roughnecks quarterback P.J. Walker had already been snapped up by the Carolina Panthers, while the Pittsburgh Steelers have claimed five former XFLers. A slow trickle of players were getting the promise of NFL chances over the weekend, but they are very much the exception.

Plenty won’t. There is Canada or semi-pro leagues in Europe, but with the XFL gone, the vast majority will need to find something else to do. In a lot of cases, this will be the time when the dream died, amid all the other upheaval from these bleak and testing months. What will they do next?

“My wife asked me that question today. I didn’t have an answer,” former NFL and XFL QB Matt McGloin told WNEP.com.

Matt McGloin reflects on his time in XFL as the league folds. https://t.co/zZ0AwwfrlZ

For so many reasons, that’s an utter shame. WWE owner Vince McMahon was bold and enterprising in bringing the XFL back, and it was clear that the mistakes of years earlier had been taken on board and learned from.

It was a new league that we loved. The XFL was brave and precocious and fearless and made for really good television. As a viewing experience, it was often spectacular — real, raw, in your face and blessed with the majestic idea that you could hear the coach call plays.

It was different, in all the best ways, yet still familiar. The football wasn’t of the same standard as the NFL, sure, but neither is college football. It was more than watchable; it was genuinely enjoyable.

And it was just getting started. Until it wasn’t.