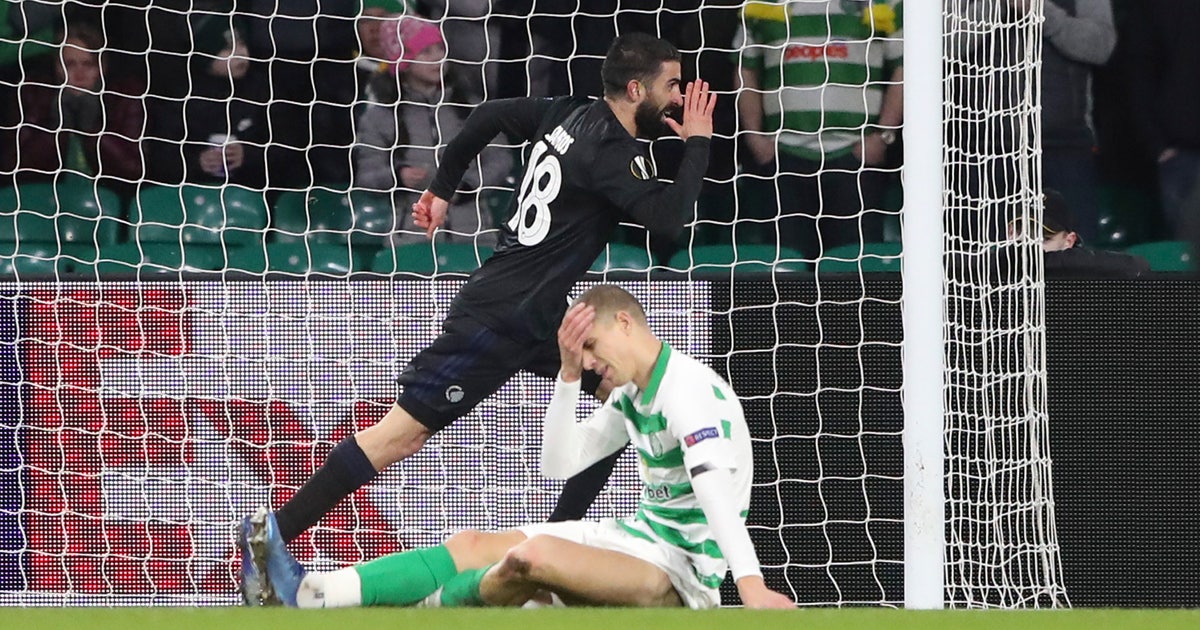 NYON, Switzerland (AP) — UEFA banned Copenhagen forward Michael Santos for three games on Wednesday for his clash with police and security staff during a goal celebration at Celtic.

A disciplinary charge against Santos of “assaulting another person present at the match” was found proven, UEFA said in a statement.

The Uruguayan forward was also charged by police in Scotland after the incident in the Europa League on Feb. 27.

Santos was celebrating Copenhagen’s second goal in a 3-1 win in the Round of 32, second leg when scorer Pep Biel ran past police and security stewards toward the team’s fans.

The clash happened as Santos, who had earlier scored, was the first teammate to reach Biel.

Police also charged a member of Copenhagen’s security staff, who the club said had tried to prevent a clash.

Copenhagen said in February “we are now waiting to see if the Scottish Police will pursue the case, and of course, we will cooperate if they want more information from the club.”

Santos played in Copenhagen’s Round of 16, first leg game against Istanbul Basakshehir before the Europa League was shut down by the coronavirus pandemic. He is suspended for the next three games he would otherwise be eligible to play in UEFA club competitions.

Santos and Copenhagen can appeal against the verdict to UEFA.