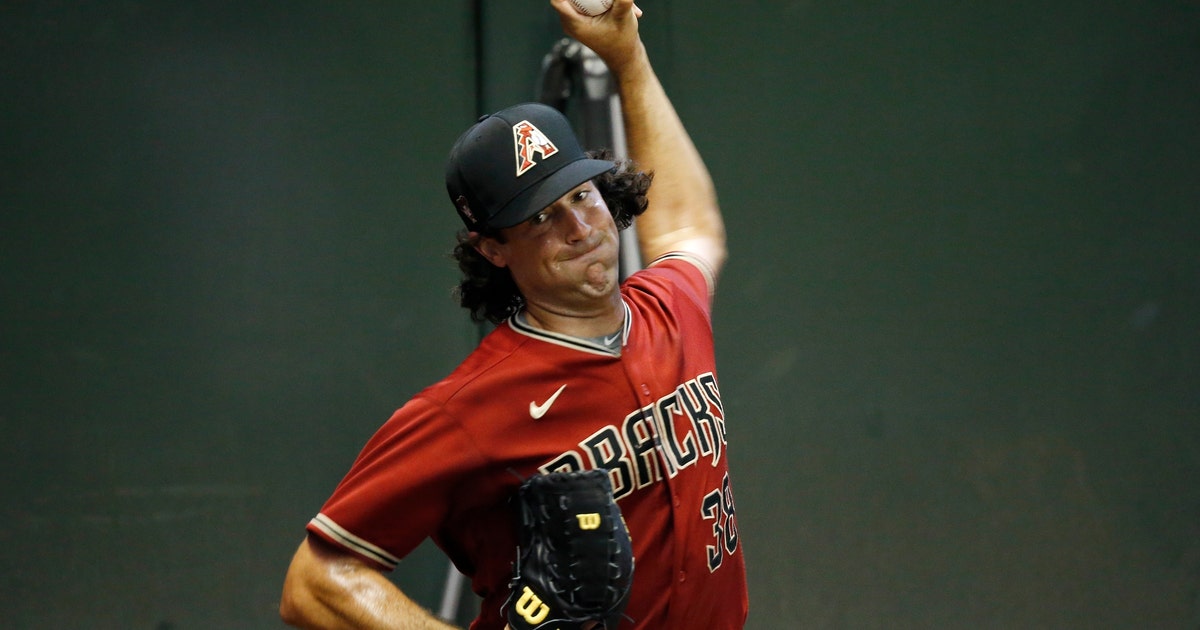 PHOENIX (AP) — Robbie Ray already knew 2020 would be a big season for his financial future because it’s his last one before becoming a free agent.

Now the Arizona Diamondbacks left-hander has less time to make a strong impression.

Major League Baseball’s coronavirus-delayed 60-game season is much shorter than the usual 162-game grind. That means pitchers like Ray will probably make about 11 or 12 starts instead of the typical 30-plus.

Because of the compressed calendar, the 28-year-old Ray made sure he kept in shape during the spring hiatus from baseball. In his first live work off the mound Sunday, he threw nearly 80 pitches and said he’s very close to being ready for the regular season, which begins July 24 against the Padres.

The motivation is obvious: A bad start to the season could cost him millions of dollars in what’s expected to be a tight free-agent market during the offseason. Conversely, two good months might lead to a big payoff this winter.

“I had the assumption that once everything got fired back up it would be quick,” Ray said. “Show up in three or four days and then camp is 30 days or less. Being the year that it is, I didn’t want to be behind and not able to go out and perform at my best day one.”

He’s one of several players to watch as MLB preps for its strange season. This week’s focus is on players in the NL West and AL West.

COLORADO ROCKIES: OF David Dahl. The 26-year-old has been one of the game’s best young hitters when he can stay in the lineup. He’s been limited by various injuries throughout his career but was still an All-Star in 2019, when he batted .302 with 15 homers in 100 games.

LOS ANGELES DODGERS: RHP Walker Buehler. The 25-year-old made a big jump in his second full season, making the All-Star team and finishing 14-4 with a 3.26 ERA and 215 strikeouts in 182 1/3 innings. Now that David Price has opted out of the 2020 season, it’s even more vital that Buehler continues his upward progression.

SAN DIEGO PADRES: SS Fernando Tatis Jr. The rising young star was limited to 84 games last season because of injuries but still finished third in Rookie of the Year voting. The Padres were at their best when he was in the lineup and if he plays close to all 60 games this season, they could be surprise contenders in the NL West.

SAN FRANCISCO GIANTS: RHP Johnny Cueto. The two-time All-Star missed a big chunk of the past two seasons because of Tommy John surgery but appears to be fully healthy for 2020. The Giants could definitely use his presence at the top of the rotation, and the shorter 60-game season might allow him to avoid any problems while coming back from the elbow injury.

HOUSTON ASTROS: RHP Lance McCullers Jr. The 2017 All-Star is coming off Tommy John surgery and missed all of 2019. The Astros hope the 26-year-old can assume a bigger role in the rotation after they lost ace Gerrit Cole to the New York Yankees in free agency.

LOS ANGELES ANGELS: RHP/DH Shohei Ohtani. The big right-hander became one of the game’s biggest stars two years ago as a rare two-way player. He was limited to DH duty last season — batting .286 with 18 homers — but is trying to bounce back from Tommy John surgery and contribute once again in the Angels’ pitching rotation.

OAKLAND ATHLETICS: LHP A.J. Puk. The 6-foot-7 left-hander showed tantalizing potential in 10 relief appearances last season, striking out 13 batters over 11 1/3 innings. Now the Athletics hope the No. 6 overall pick from the 2016 draft is ready to compete for a spot in the starting rotation.

SEATTLE MARINERS: 1B Evan White. The 24-year-old was set as Seattle’s starting first baseman the second he signed a $24 million, six-year contract last offseason without having played higher than Double-A. He’s a whiz defensively and reminds scouts of J.T. Snow, who won six straight Gold Gloves from 1995 to 2000. He’s part of young core that includes outfielders Kyle Lewis and Jake Fraley, and infielders J.P. Crawford and Shed Long Jr.

TEXAS RANGERS: OF Joey Gallo. The 26-year-old’s health is the biggest current concern after he tested positive for COVID-19. The good news is he’s asymptomatic and the Rangers hope he can return soon to provide his usual punch in the middle of the lineup. He’s hit 103 homers over the past three seasons and if he gets hot, his bat could carry the team through a big chunk of the shortened schedule.