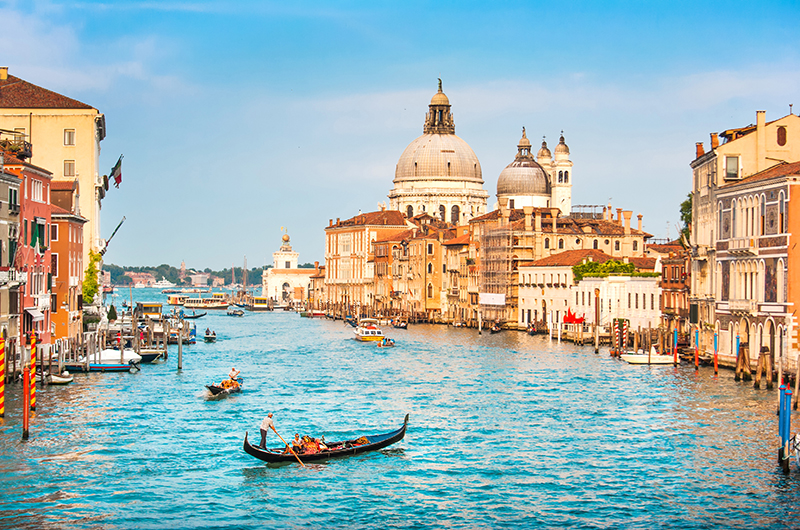 Venice is planning to reroute cruise ships away from its historic city center and to ports across the lagoon in what many major consumer media outlets are calling a “cruise ship ban.” According to the Cruise Lines International Association (CLIA), however, discussions between the cruise industry and officials in Venice are ongoing.

According to the Daily Mail, the Italian government will begin rerouting large cruise ships to other terminals, including the Fusina and Lombardia terminals, which are located several miles across the lagoon on the Italian mainland.

“Starting now, we will decrease the number of liners passing by Giudecca and San Marco, particularly the bigger ones,” Danilo Toninelli, the Italian minister of infrastructure and transport, said at a transport committee hearing, as reported by CNN.

“The aim is to reroute about one-third of the cruise ships already booked on Venice towards new berths by 2020,” he added. “We’ve been talking about big ships for 15 years and nothing has been done. These floating palaces will start to go elsewhere.”

Toninelli said that a public consultation would work to solve the issues surrounding cruise ships in the longer term. Other terminals, including the Chioggia terminal that sits at the mouth of the lagoon, are also under consideration for use.

At the same time, a spokesperson for CLIA Europe tells Luxury Travel Advisor, “There is currently no ban in place preventing cruise ships from visiting Venice.” a

“Discussions concerning the future of cruise ships using the Guidecca Canal have been ongoing for several years and those discussions continue today without any conclusion,” CLIA said.

According to CLIA, while Toninelli was speaking in the Italian Parliament on August 7, he reported that he has set up a working group to look at alternative solutions which could see some ships rerouted to the mainland Fusina and Lombardia terminals, until the end of the year, but no decision has been made.

“The cruise industry has worked diligently with the minister, the mayor of Venice, the Veneto Region, the Port Authority and many other stakeholders to find viable solutions to allow larger cruise ships to access the Marittima berths without transiting the Giudecca Canal. We are still in agreement with the solution developed by Comitatone in 2017 to utilize the Vittorio Emanuele Canal as the best and most prudent means to move larger cruise ships away from the Giudecca,” said Tom Boardley, Secretary-General of CLIA Europe, in a statement provided to Travel Agent. “CLIA cruise line members welcome and will support the urgent implementation of this solution.”

Cruise arrivals have been a longstanding point of contention in Venice; in 2017, the city also announced a plan to ban cruise ships weighing over 55,000 tons from its historic center, as reported by our sister publication, Travel Agent. That announcement took place two years after a previous ban on ships weighing over 96,000 tons had been overturned by Italy’s courts, although the cruise industry continued to operate under the 96,000-ton limit as a self-imposed restriction for some time after that.

Then, in June of this year, MSC Opera, a large oceangoing ship, collided with Uniworld Boutique River Cruise Collection’s River Countess. The accident occurred while most guests were disembarked and were transferring to flights home; four received minor injuries.

Then, in July, another cruise ship—the Costa Deliziosa—came close to colliding with a yacht in the lagoon after strong wind and hail pulled it towards the smaller vessel.

Before the ban, the mayor of Venice Luigi Brugnaro asked UNESCO to blacklist the city, which would prevent cruise ships from passing within a few hundred yards of St Mark’s Square and Venice’s historic city center on their way to the city’s international passenger terminal.

Venice has also become one of the most famous examples of overtourism, an issue that has been garnering increasing attention in the travel industry. Travel Agent reports that Travel Leaders Group, for example, recently announced a new initiative to analyze the ways in which the tourism industry impacts the destinations in which it operates in order to come up with more sustainable ways for travel advisors, destinations and suppliers to manage tourism.

How a Vast Siberian Lake Became the Latest Victim of Overtourism