And now, LeBron James knows that if he can win a title in Los Angeles, he can officially become a Laker legend.

Before the NBA closed up shop due to the COVID-19 pandemic, the Los Angeles Lakers appeared to be on track to hoist the Larry O’Brien Trophy in June, or at least be one of the few teams that had a shot.

They currently sit atop the Western Conference standings, and prior to the league’s suspension, James was playing his most dominant basketball of the season. 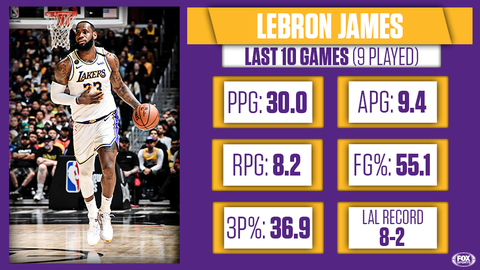 But now, with the season on hold, two questions have arisen in LA and in the NBA world:

That’s probably LeBron throwing the ball at anyone who answered yes to the second question.

But let’s start with the first inquiry.

For James, he believes the layoff will hurt him specifically.

LeBron James weighed in on the impact that the coronavirus is having on the NBA in an episode of the Road Trippin’ podcast https://t.co/uzwxf0fbhS pic.twitter.com/rpimrqmwNY

And even though James has been keeping fans up-to-date on his workout regimen via social media, Shannon Sharpe agrees with the King: jumping directly into postseason basketball if/when the season returns would be a tall task for players.

“You’d be asking an awful lot that the season’s over with and you just start playing playoff basketball. I totally agree with LeBron on this, that would absolutely be a disaster…But I watch him on IG, he still getting that work in!”

Skip Bayless, on the other hand, thinks LeBron is trying to pull the wool over our eyes – time off is just what the doctor ordered for the King.

.@RealSkipBayless on whether LeBron is being truthful in saying that the layoff hurts him more than helps him:

“I am calling baloney on LeBron James. He needed a rest and he got a forced rest. He was on the precipice of getting hurt.” pic.twitter.com/xRFU0NLWec

As of March 11 – the day when the season was suspended – James had played 48,329 regular season minutes, the eighth most in NBA history.

He has played 10,049 postseason minutes in his career – the most all-time.

That’s a lot of movement, Chosen One.

For Skip, a title in a shortened season would equal an asterisk for LeBron and the Lakers.

.@RealSkipBayless says a ring in this shortened season would have an asterisk for LeBron:

On the other side of the argument is Shannon, pointing out that the title won by Tim Duncan and the San Antonio Spurs in 1999 isn’t regarded as tainted and neither is King James’ first title in Miami in 2012.

Hell naw it ain’t going to be an asterisk if LeBron wins a title this year https://t.co/GjN2EvBk9m

In the 1998-99 season, the regular season amounted to only 50 games due to the third lockout in NBA history.

In fact, the two teams that faced off in the NBA Finals – the Spurs and New York Knicks – never faced each other in the regular season. 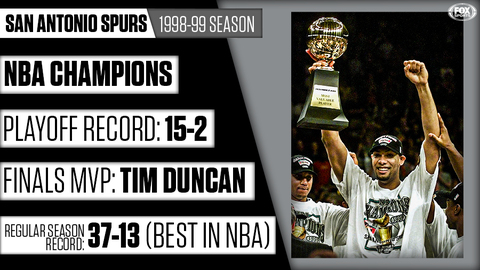 In the 2011-12 season, the NBA faced its fourth lockout in league history, resulting in a 66-game regular season schedule. 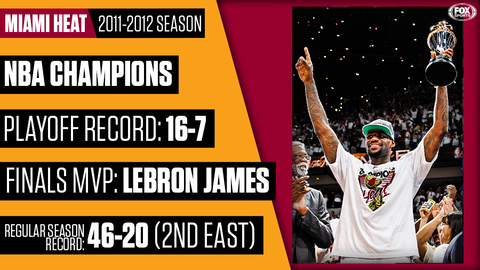 And before play was suspended just a few weeks ago, the Lakers had an argument as the best team in basketball, having defeated the league’s top team, the Milwaukee Bucks, on March 6, and then following that win with a March 8 victory over in-t0wn rival, the Los Angeles Clippers, on March 8.

According to Dwyane Wade – who won that 2012 NBA title with James – those wins proved that LeBron isn’t ready to step down from the throne quite yet.

“LeBron is not ready to give up that crown yet.”

The crew discusses the Lakers’ big wins over the Bucks and Clippers. pic.twitter.com/EXXgvLGTlB

If the 2019-20 NBA season does continue, there will certainly be some that discredit a Lakers or Bucks or Clippers championship.

But in the end, the trophy will still weigh the same.

A tale of two halves: Seahawks storm back to defeat Vikings 27-26