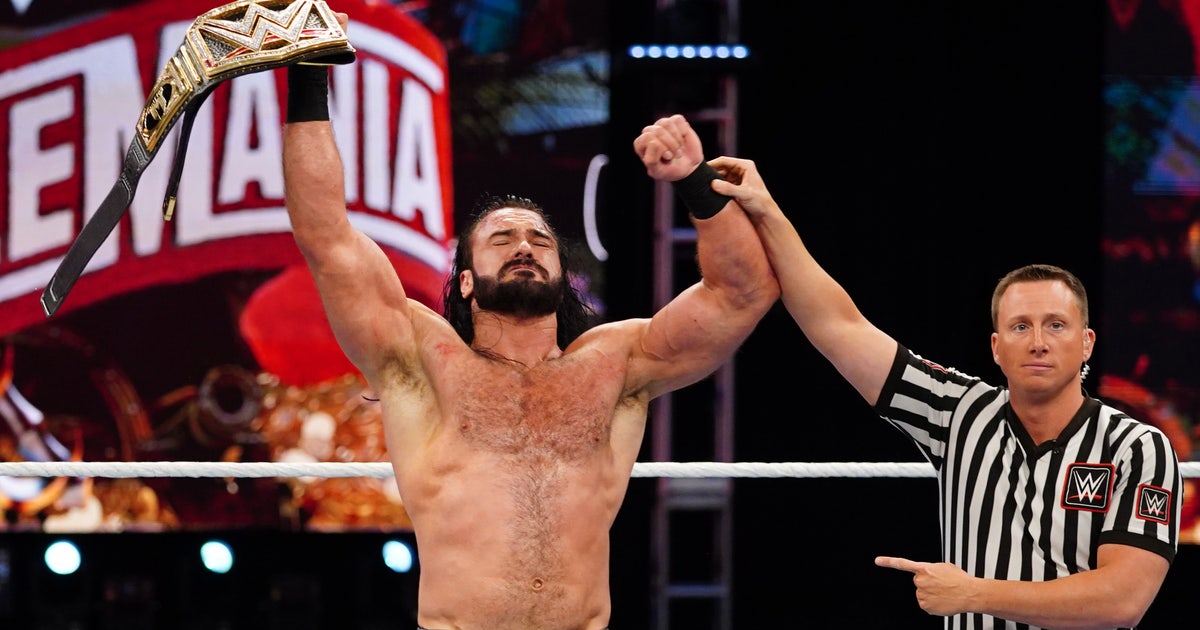 Drew McIntyre earned esteemed status with his WWE Championship victory at WrestleMania, but the signs may have been there that he’d join an even more exclusive class long before anyone could have predicted.

The new WWE titleholder shared a throwback photo posing with Yokozuna, the only two Superstars to ever compete in two WrestleMania main events in the same night.

McIntyre slayed Brock Lesnar at WrestleMania to capture the WWE Title. Then the new champion was confronted by Big Show shortly after the Showcase of the Immortals went off the air in a battle that aired on Raw. Yokozuna battled Bret Hart and Hulk Hogan at WrestleMania IX and then went through the gauntlet again at WrestleMania X facing Lex Luger and Hart once more.

Chris Broussard: The Bucks are a one man show, they may miss the Finals

Peter Navarro: This Is A War That China Started By Spawning The Virus, By...