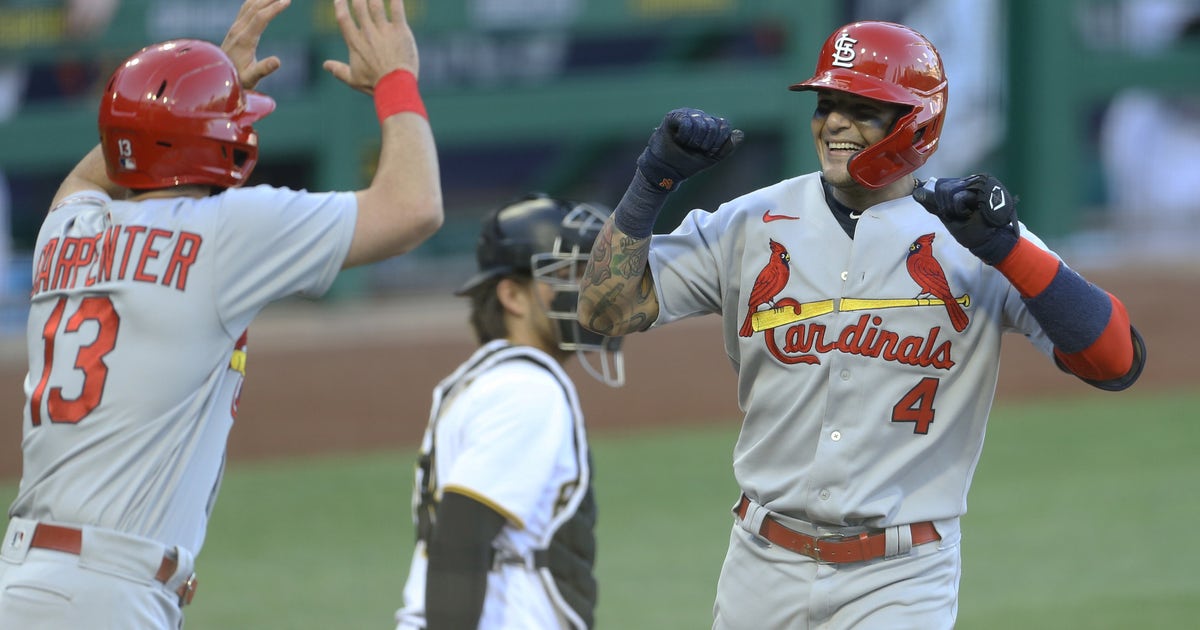 PITTSBURGH— Yadier Molina hit a two-run homer and Jack Flaherty struck out 11 as the St. Louis Cardinals kept their hold on a postseason spot with a 2-1 victory over the Pittsburgh Pirates on Sunday.

Molina’s home run to the bleachers in left field came in the seventh inning off Derek Holland and extended St. Louis’ winning streak to a season-high four games. The Cardinals had been shut out by Joe Musgrove over the first six innings.

Flaherty (4-2) allowed only one run and two hits in six innings while walking two. It was his ninth career double-digit strikeout game..

Flaherty had been tagged for a career-worst nine runs in three innings in his previous start Tuesday at Milwaukee.

The Cardinals (26-24) hold a one-game lead on Cincinnati (27-27) and Milwaukee (26-26) for second place in the NL Central with one week left in the regular season. The top two finishers in each division gain berths in the expanded postseason during this pandemic-affected season.

Musgrove also had 11 strikeouts – a career high — in six innings but remained winless in seven starts this season. He gave up three hits and one walk.

Matt Carpenter singled in the St. Louis seventh off Holland (1-3) and Molina hit his fourth homer of the year.

A night earlier, Molina left the game after being on the left wrist by a pitch. The nine-time All-Star was also hit in nearly the same spot Tuesday by a swing while behind the plate.

Yet the 38-year-old was back in the lineup.

Andrew Miller pitched a 1-2-3 ninth for his third save.

That was the only inning in which the Pirates had a runner in scoring position.

St. Louis squandered a leadoff double by Dylan Carlson in the third inning and a one-out double by Paul Goldschmidt in the sixth.

The Pirates traded three minor league pitchers as part of separate transactions, including shipping RHP Joel Cesar to the Philadelphia Phillies to complete the Aug. 26 deal for LHP Austin Davis.

LHP Domingo Robles was traded to the Cardinals and RHP Connor Loeprich was sent to the Baltimore Orioles. The Pirates received international bonus pool money in those trades.

Pirates: INF Kevin Newman is out for the remainder of the season because of a contusion to the peroneal nerve of his right knee. He was placed on the 10-day injured list a day after being hit by a pitch. OF Jason Martin was recalled from the alternate training site.